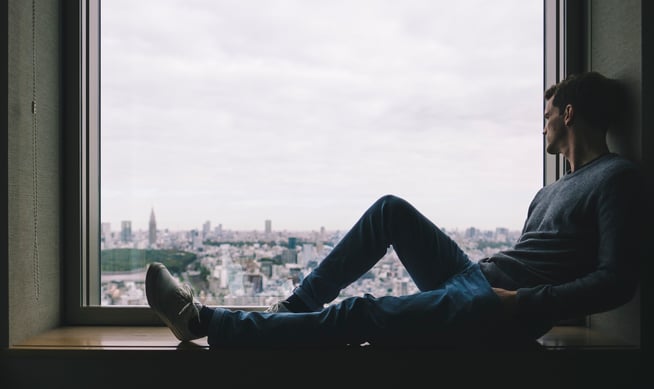 The first task of all leaders is to recognise that uncertainty is the primary characteristic of the 21st century. We live in a constantly changing and evolving world where no two weeks look the same! Leadership needs to prepare for this by keeping an open mind. This is for three main reasons: it allows them flexibility; it allows the pursuit of unity; and finally because ‘opinionated certainty’ and the rigidity it engenders is a hallmark of mediocrity.

Leadership must see the limitations of the left-brain process. We cannot analyse our way out of every problem. We need our synthetic skills to contextualise and parenthesise. We cannot consider binary outcomes every time. Only a new global leadership approach based on situation fluency will help.

In this guest post from author Chris Lewis, Chris shares 6 ways that leaders can be prepared for an uncertain future through quality thinking and reflection, focussing on learning from the lessons of the past.

In addition to providing a guide to the future, leadership failures from the past form important lessons to learn. Leadership fails when there is a lack of imagination. Problems happen when there is an inability or unwillingness to envisage alternative possibilities. Being as wrong as everyone else is no longer an acceptable excuse for a leader. When the financial crisis happened in 2008, the conditions for division were established and the resulting revelations about conduct destroyed lives, brands and confidence for a whole generation. It wasn’t weak analysis alone that caused this. It was also a collective failure of imagination.

2. Overconfidence is a problem

Correlating competence with confidence is a prime cause of leadership failure. Our leaders often come from specialist backgrounds, with drill-down skills, steeped in heavily analysed data. The Western Reductive technique does not teach imagination. Our leaders are therefore weakened rather than strengthened by the specialisms through which they pass on their way to the top. This leads us to clues, but not necessarily conclusions, about the reasons for collective failures of leadership. The tendency to overconfidence based on quantitative data alone is a habitual problem in some, but not all, leaders. Others, of course, have too wide a perspective and too little grasp of detail. Balance is the key.

Aspirant leaders are to be encouraged because these ladder-climbers inspire and show the way. We need more of them, because what they represent is as important as what they do. They also tend to learn more on the way. There are not nearly enough leaders who have climbed all the rungs and have a competence in many areas.

3. The dangers of ‘big is better’ thinking

Quantitative thinking alone ultimately leads to a fixation on numbers, for example sizes and volumes. An organisation seldom gets bigger as well as better when thinking this way. Making an organisation better, however, does allow it to grow. Size is too often taken as an indicator of success, when really it could be an indicator of poor service, lack of control and zero imagination. 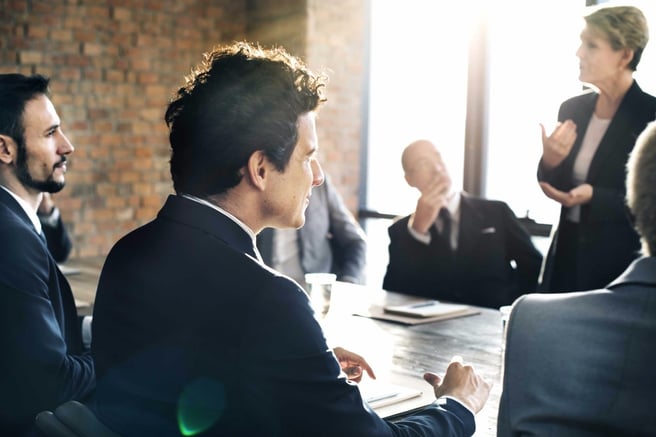 4. Lessons from a general

There is now a growing pressure for better leadership. This is coming as much from movements such as #timesup and #metoo as it is from voters, shareholders and other stakeholders. There is a better chance that leadership will wake up to the catalogue of collective failures when they are as concentrated as they now are. We can draw lessons from past efforts to challenge leadership.

Kurt von Hammerstein-Equord was a German general famous for being an ardent opponent of Hitler and the Nazi regime. He said that he divided his leaders into four groups: ‘There are clever, diligent, stupid, and lazy officers. Usually two characteristics are combined. Some are clever and diligent – their place is the General Staff. The next lot are stupid and lazy – they make up 90 per cent of every army and are suited to routine duties. Anyone who is both clever and lazy is qualified for the highest leadership duties.’ He said this was because that type of leader ‘possesses the intellectual clarity and the composure necessary for making difficult decisions’. He finished with a warning to beware of ‘anyone who is stupid and diligent’, because this sort of leader ‘will always cause only mischief’. This approach is echoed by Warren Buffett, who chooses people based on three criteria: ‘You’re looking for three things, intelligence, energy, and integrity. And if they don’t have the last one, don’t even bother with the first two.’ Today’s leaders need to have the integrity to know that blindness to reality is no longer an acceptable leadership trait.

5. Guard against short-termism, it can destroy everything

The fixation on speed in all things has become an obsession. It has undermined patience, planning and personal relationships and has also created the illusion of speed, rather than the actuality of it. Good leaders must spend time planning, thinking and patiently preparing. The imagination to foresee danger comes from quiet contemplation and conversation.

6. Control the information flows, before they control you

Churchill said: ‘First we shape our buildings. Thereafter they shape us.’ The same principle applies to how we use our tools. The internet is perhaps the greatest tool mankind has ever created. It is now beginning to shape our behaviour, in many areas making us more selfish, greedy and impatient than ever. Leaders must be those who unite people in a common cause. To that end, they need to bring people together through qualitative as much as quantitative thinking. In a great digital age, big data and technology will dominate our lives as never before. We will become much more efficient. We’ll be able to measure just about everything much more accurately. This left-brain process of compare, contrast, analyse will be everywhere. This, however, is a process that notices difference and comparison. It’s a tool for separating one thing from another and the more we subject people to this process, the more we divide them from a common humanity. The technology storm is not helping us get a more holistic approach. The more specialised we are, the more atomised we become. We do not hear and we do not see beyond our narrow view. It’s difficult to see the horizon when you’re buried in data.

Taken from The Leadership Lab: Understanding Leadership in the 21st Century by Chris Lewis and Pippa Malmgren. Available to purchase on Amazon. For more information visit Kogan Page online.