Since the coronavirus crisis started, the papers and internet have been awash with gloomy predictions of “the worst recession in 300 years”.

But how seriously should business owners take these forecasts? Should they be bracing themselves for hard times, or will adopting a defensive position be a self-fulfilling prophecy?

We recently caught up with Ben Kumar, Senior Investment Strategist at Seven Investment Management, to get his take on the outlook for small-to-medium sized businesses (SMBs), and where business owners should look for useful economic data.

The government will want to support SMBs

A lot of SMB owners are worried about the prospect of higher taxes as the government starts to chisel away at the mountain of debt it’s built up. But Ben says the government is more likely to try and support SMBs than increase their tax bill.

“The government has three sources of money,” Ben says. “It can raise taxes on people, it can borrow on the global market or it can tax businesses.

"The only viable way the government can start paying debts is taxes on the business sector."

“It can’t raise taxes on people right now because it’s paying a lot of them right now anyway. It can’t borrow money on the global markets. So the only viable way the government can start paying debts is taxes on the business sector. That doesn’t necessarily mean higher taxes but it does mean the government needs business to be doing well.”

Ben believes that the government is more likely to try and increase taxes on large companies while encouraging growth in the SMB market.

“Small businesses are good for employment, which means they’re good for consumers. So for Vistage members it could be a pretty benign environment. Corporate loans will be subsidised, albeit at low rates. There will be all sorts of grants or enterprise loans. From a business owner’s perspective there will be opportunities.”

Don’t worry too much about economic forecasts

Forecasts and predictions make for great headlines, but they shouldn’t be the basis of your decision-making. A prediction is just that - a prediction. And even retrospective data such as GDP growth per quarter is still modelled on incomplete data.

“Something a lot of people don’t realise is that when quarterly GDP growth figures come out, they only have around 40% of that data. 60% is modelled or estimated in some way. It will actually take around two years to get a good read on what happened in the last three months.” 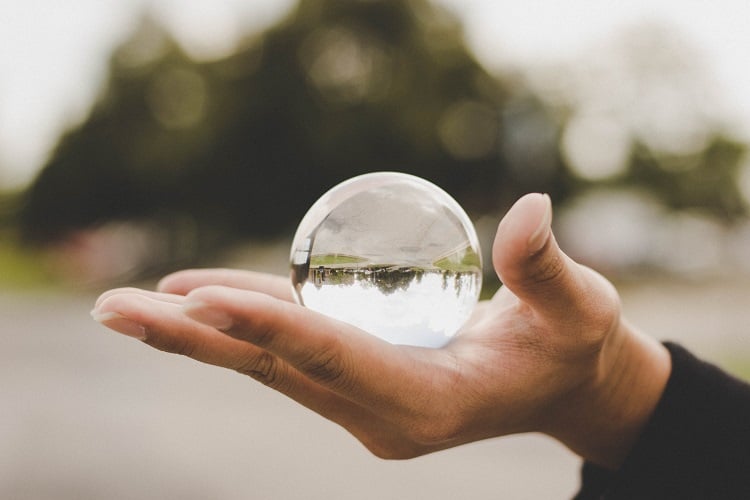 Ben says that it’s better to think pragmatically about the economy rather than getting too caught up in the official stats from the ONS.

“I’m less interested in the official reports of what the economy has done because, ultimately, we know the data will be bad for the last three months because of lockdown, we know it will probably get better because lockdown is easing. That’s really all we can say.”

Focus on your niche

You only need to look at the growth of Amazon’s share price this year to see that COVID-19 has affected different markets and business in different ways. Some businesses have struggled, others have soared.

Ben says that rather than trying to understand the macro, you should focus on your niche and use your sector-specific expertise to make a judgment call.

“If you’re running a small business, I think the things you need to know are things you’re probably already looking at. If you found out that the UK economy was guaranteed to grow by 2% next quarter, what would you do with that information? Surely it would be more important to know how your customers are doing, or whether your prices have increased?”

Most business owners aren’t also economists, but they usually understand their industry. You will be able to do much more with sector-specific insights than economic ones.

“For most businesses, it’s better to know how your specific industry is doing. In most cases there’s very little you can get from a wide view. So I would ignore most of the data that comes out unless you think it’s specifically relevant to you.”

Challenge your own thinking - and encourage others to do the same

Uncertainty can have a negative impact on our decision-making. The times when we most need a calm and considered perspective are often the times when it’s hardest to think clearly.

“A lot of negative behaviours are the result of getting too worried about loss, or thinking too much about risks and not enough about upsides. Loss aversion is powerful. Business owners tend to embrace risk more than others but they still feel loss aversion, particularly when they’ve built up something they can’t bear the idea of losing.”

Ben suggests reflecting on your emotions and your behaviour to look for triggers or things that can impair your rational decision making.

“Emotions happen quicker than thoughts. Lots of human behaviour can be tweaked by asking why you’re feeling a certain way. Anything you can do to control your emotions is helpful. For instance, if scary headlines tend to make you panic, then don’t read the business pages.”

It’s also important to have a small group of people who are encouraged to sense check or challenge your decisions or behaviour.

"People get too wrapped up in their own emotions."

“A lot of mistakes happen because people get too wrapped up in their own emotions. This is why it’s so important to have trusted people around you who can call you out on stuff. It can be tough to hear but it is really important! I think Vistage groups can be helpful for that.”

As an investment manager, your decisions can have enormous repercussions, both good and bad. So Ben and his team use a process called ‘red teaming’ to stress-test ideas and assumptions before they commit to them.

“If I have an idea I write it up and share it with the team. We then get two other members of the team to go away and propose the opposite. Not just ‘we shouldn’t do this’, but ‘we should go totally the other way’. So if I say we should buy Apple, they write the case for why we should short Apple and never buy it again. It’s important that you have someone challenge you. But it’s also important you have more than one person challenge you because then it’s not personal.”

It’s understandable for business owners to want to know what’s going to happen next. But in most cases, forecasts and predictions aren’t solid enough for you to base decisions on. Instead, it’s better to rely on what you know about your market and the signals that you’re seeing from your customers and competitors.

Thanks to Ben for making time to catch up. If you’re wondering how best to prepare for the future, check out our recent post on Scenario Planning.

Images via Adobe Stock and Unsplash