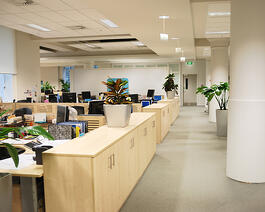 A new survey believes over a third of bosses in the UK have displayed a naughty streak in the workplace, reports freshbusinessthinking.com.

According to an independent survey of workers commissioned by Inspiring Business Performance (IBP), the study believes badly behaved bosses can have a 'real and financial impact of profitability' as employees become less productive around bad bosses.

For instance, 10 per cent of those surveyed admitted they purposely disrupt the workplace as a result while eight per cent are so afraid of their badly behaved bosses, they take unauthorised sick days to get away from the workplace.

Consequently, it could be helpful for wayward leaders to consider enrolling on a leadership development course in order to hone their skills. As a leader, it is integral to keep productivity and motivation levels high so bad behaviour could act as a hindrance rather than a help.

John Telfer, managing director at IBP, commented on the figures to bmmagazine.co.uk: "Measuring bosses behaviour and its impact on the bottom line is vital for companies looking to maintain profitability and growth in the future.

"British workers are often the source of valuable information and management need to gather these opinions and see what it tells them about how they treat their people and what they can do to make improvements.