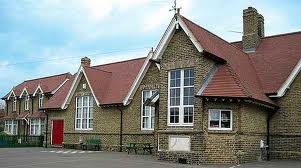 New research has shown that CEOs are worried about their future employees. A survey conducted by e-learning software company Skillsoft has discovered the education system could be to blame.

CEOs claim that the current education system was leaving their future employees ill-prepared for working life, with many of them lacking basic skills. Simple maths and English skills are two key areas that CEOs feel their employees lack, according to realbusiness.co.uk. This could mean further leadership training is needed later on for employees to be prepared to work up the career ladder.

General manager of EMEA at Skillsoft, Kevin Young said: "With businesses working leaner and smarter to achieve success, they now expect more from their employees when it comes to basic office skills in order to hit the ground running."

Managers.org.uk reports that 54 per cent of CEOs blame the education system for failing the staff of the future. Having A-levels and university degrees also did not guarantee that employees would succeed.

IT skills appear to be another area that employees are lacking, with employers increasingly asking for basic IT skills. The curriculum is due to be changed to incorporate a computer science qualification in the future, in a bid to close down the skills gap.