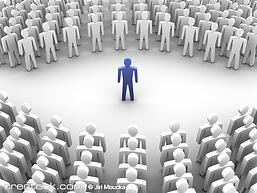 By criticising a team member in private, leaders could be shifting workplace accountability from the team to themselves.

That's the warning delivered by leadership expert Roger Schwartz, writing for hbr.org, who suggests the adage 'praise in public and criticise in private' could be hindering overall team development.

If a team is a 'real team', which involves being interdependent with each other to meet team goals, then members should be held accountable to each other as well. By criticising in private, team leaders shift that accountability to themselves rather than the team, cites frrole.com.

Another piece of leadership development advice from Schwartz suggests criticising in private adds to the problem. The team member coming under criticism may say falling sales numbers or poor standards of work is not their fault.

"...At that point, you're likely to become a human ping-pong ball shuttling back and forth between [the member coming under fire] and other team members trying to understand the problem," claims Schwartz.

While delivering negative feedback in front of the team may not be comfortable, being a leader isn't about being comfortable. It is about being effective, "even when you're uncomfortable". Schwartz adds that smart leaders address ineffective team member behaviour in the "setting where it occurs".