Guide employees instead of telling them what to do, advises expert 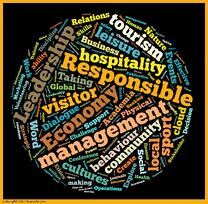 Instead of telling employees what to do, leaders should describe what needs to be achieved and leave employees responsible for the outcome.

That is the sage advice of leadership expert Jordan Cohen, writing for hbr.org, who believes describing the outcome and letting an employee decide how best to get there gives rise to a 'more committed worker'.

In addition, Cohen believes this is also an effective approach when attempting to get the most out of knowledge workers.

Cohen cites a study conducted by neuroscience professor Amy Arnsten who explains when people lose their 'sense of control', such as having a task dictated to them, the brain's emotional response centre can "actually cause a decrease in cognitive functioning".

"If a manager describes the long-term outcome he wants, rather than dictating specific actions, the employee can decide how to arrive there and preserve his perceived sense of control, cognitive function and ultimately improve his productivity," said Cohen.

As a result it is important for a CEO, executive, manager or leader to shed the 'knee-jerk response' of trying to get involved in how and when a task is done. Instead, leaders should provide high level direction and ensure the employee decides which avenues to take, cites ceo.com.