Political Wannabes Can Take a Leaf Out of Business Leaders' Book 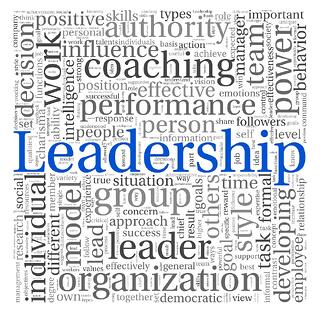 The political events of this week – widely interpreted by experts as the unofficial start of the General Election campaign – have got me thinking about the whole subject of leadership. This is because great generals, whether in business or politics, undoubtedly possess many of the same qualities. I guess that politicians have the added challenge of playing out their roles fully exposed to public view, which let’s be honest, must be a significant challenge in itself. And as the election campaign seems to have started really early, then we’ll all have ample opportunity to review the performance of our prospective new political leaders.

As part of what we at Vistage call the New Economy, we’ve already identified a series of characteristics that brilliant business leaders of the future will have to exhibit. Here are some of them and I though it might be fun for you to assess the extent to which they apply to the prime ministerial candidates vying for our votes...particularly if you haven’t yet decided where to put your cross on the ballot paper.

Setting the Strategy and Vision: These are often confused...but whereas strategy sometimes has to change, the vision should alter only rarely. In tough times, it’s particularly important for leaders to be visible, providing a clear direction and communicating it consistently to their people. Brilliant leaders make it clear that a few diversions won’t stop them reaching the intended destination.

Communicating: Brilliant leaders are top quality communicators, though not necessarily orators.   They get out among their people and show them how their efforts connect and why they matter, reminding them of the benefits achieving the vision will bring to them and other key stakeholders. They interpret current events and place them in a context that’s meaningful, relevant and motivating. In a nutshell, they get out, communicate and inspire.

Demonstrating Priorities: Brilliant leaders demonstrate overall priorities by how they spend their own time. Having articulated the vision, they reinforce it and focus their own efforts on the area in which they can make the biggest contribution to its achievement. They then invite the same discipline of people reporting to them and the behaviour is thus cascaded throughout the organisation.

Establishing Trust and Loyalty: Getting the most from colleagues involves them delivering their best discretionary efforts...which means them being motivated to go beyond supplying the merely compulsory. Brilliant leaders provide the platform for this by developing trust - through openness, fairness, reliability and recognising the contributions of those working alongside them to achieve the vision. By building trust leaders also develop loyalty from their colleagues, and this in turn brings commitment and passion.

Those are just some of the abilities we see making brilliant leaders in the future. If they’ve helped in deciding your political preference, we’ve obviously performed something of a service!

Now, why now let me know your views? No, not about whom you plan to vote for, but whether you agree that all these qualities will be vital in the business leaders of tomorrow and what other qualities you see as being essential in the New Economy.

I look forward to seeing your responses and wish you a very prosperous 2010.