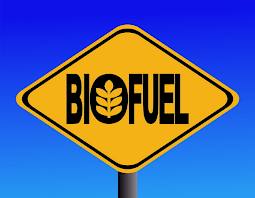 The Prince of Wales has ordered the nine carriage train for a five-day, 1300-mile "green tour" of Britain, which started in Glasgow yesterday. His trip is aimed at promoting environmentally friendly lifestyles and ethical modes of transport and he has boasted that the train will run on biofuels.

Charles is going to be criss-crossing the country on his five-day jaunt. It started in Glasgow, before travelling to cities and towns including Edinburgh, Bristol, Newcastle, Manchester and Birmingham.

The Green Party said: "We admire Prince Charles's passion for the sustainability agenda.

"His support for progressive projects such as cutting fuel bills by installing solar panels is laudable.

"But when people are facing cuts in public services, the idea of a private train costing £90,000 more than ordinary first class tickets might seem a bit insensitive."

Green Fuels of Gloucestershire, who supply the biodiesel for the train, claim its carbon footprint was "significantly" smaller than if it ran on fossil fuels.

In the past year, the train was used on 19 occasions, covering an average of 751 miles, at a cost of £1million.

A spokesman for Clarence House said: "The prince has not done a tour like this across Britain before. It is not practical to use scheduled trains in such a busy programme which has 10 locations in five days. On this occasion the Royal train was the best solution."

He pointed out that the train would also be used for business meetings and as a working office, and emphasised the train's footprint would be lower as it was powered by waste cooking oil.