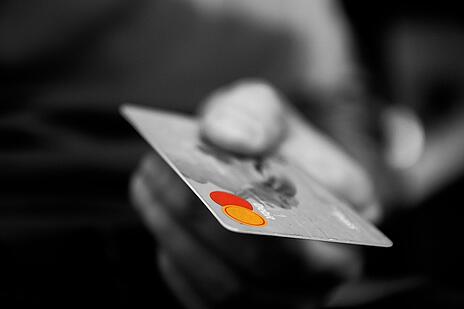 In the last quarter of 2014 UK retail had its best sales for 12 years, even with the supermarket price war and the price cuts on so called Black Friday. Investment spending picked up strongly as did business cash flow. We also received new data from the ONS showing that earnings (this includes any overtime and bonuses) for people who have been in continuous employment for more than a year were growing at 4%. This is a return to normal.

The overall growth rate for 2014 is estimated at 2.6%, subsequent revisions may push that a little higher. Nominal GDP (this is the gross value added in the economy before adjusting for inflation) grew by 4.7%. Both these figures are now in line with long term trend.

The chart below shows actual spend which improved on non-food items from last September.

I think we’ll see 4% real growth this year which is a little above the global trend.

The ECB (European Central Bank) will create €1.1Tn at the rate of €60Bn a month. The main impact of this monetary boost will be a devaluation of the Euro, but it will also allow banks who hold sovereign debt to sell it to the ECB and release capital, which will underpin new lending to businesses. A lower currency boosts exporters’ profit margins; greater availability of credit boosts money supply. In combination and over time, confidence should pick up. The only offset to this would be an agreement with Greece to give it an interest rate holiday until nominal GDP is growing at say 5%.

A Greek exit would result in Greece defaulting on the €256Bn of debt that it currently owes its European creditors. Germany holds €72Bn, Italy holds €48Bn and Spain €33Bn. The German banking system I think could handle it, however it would give Italy and Spain problems. But, we will have to wait and see.

The USA will be the engine of world growth in 2015. The dip in Q1 2014 was entirely due to weather conditions. Economic conditions are similar to the UK, except bank lending is growing more strongly. The biggest risk is highly leveraged oil and gas companies defaulting on their interest payments. This is highly likely if the price of a barrel drops below $30 for a sustained period.

A look at the ASEAN Region

Read more from Roger's latest economic update, including his predictions for 2015/16 by downloading the report now.

Roger will be speaking at one of our exclusive Vistage Open Day events in March. If you are a CEO, MD or Business leader you can apply to attend one of our events as our personal guest. - Click here to find out more. 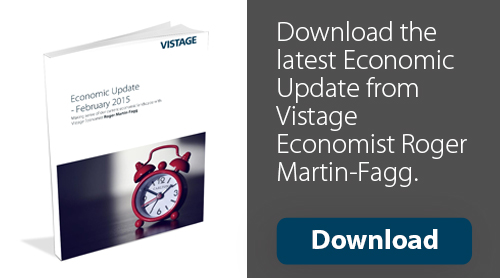