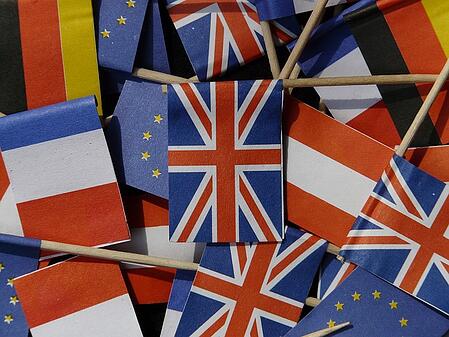 In this quarter, Vistage Economist Roger Martin-Fagg takes a look at two engines of world growth, the Eurozone and the USA, as together they are half the world’s economy and finished off with China and the UK.

According to Roger's latest report the outlook for the Eurozone depends on a recovery in bank lending. He expects there to be a slight improvement in 2015, but that it will be insufficient to ignite growth.

"Since 2011, Eurozone banks have been contracting their balance sheets, i.e. destroying money. The rate of growth turned negative in mid-2012.  At the same time US banks increased their lending, and GDP grew. Economists argue at length over which comes first - growth or lending. We know almost all borrowing is undertaken to finance spending, therefore money drives nominal GDP.

The Eurozone banks reduced their lending to improve their solvency ratio and pass the stress test that was recently completed; 25 out of 130 banks failed.

That means they would be insolvent if real GDP contracted by 5% and unemployment rose to 13%.

Currently there are 879Bn Euros of non-performing loans i.e. interest is not being paid. Banks have to charge a proportion of this debt to their capital which reduces their solvency.

Research by German and American academics shows the ECB stress test is fundamentally flawed. They estimate a capital shortfall of 431Bn Euro, with half of that in France alone.

In 2012 the Euro nearly collapsed because of feedback loops from Greece to the Eurozone banking system. The latest stress test does not model the impact of say 3% deflation on the banks’ balance sheets. This is a huge mistake. In all banking systems it is systemic feedback which causes a magnification of an original change. It is this effect, plus turning a blind eye, which created Japan’s deflation. In my view Europe is doing the same and the consequences will be similar, with the number of non-performing loans rising exponentially.

British banks all passed the stress test, although Lloyds and RBS were the weakest, HSBC as usual was the strongest. In the Eurozone, 9 failures were Italian, 3 each for Greece and Cyprus, 2 in Slovenia, 2 in Belgium. Ireland, Spain, Portugal, Austria, France and Germany all had 1 each. But all the failures were small, niche players with no political clout. I suspect the big Northern European banks have leaned heavily on the regulator.

It is rumoured that the French banks were only stress tested assuming French GDP falls 0.8% compared to 2007 levels, whereas the Italians were required to assume 11.6%! I can quite believe it, EU rules are so often politicised".

"The outlook for the Eurozone depends on a recovery in bank lending. I expect there to be a slight improvement in 2015, but that it will be insufficient to ignite growth."

According to Roger the Eurozone needs a big boost in the form of large scale infrastructure spending, financed by bonds which could be monetised by the ECB through the secondary market. Unfortunately he believes that by the time Germany gets around to agreeing these neccessary measures they will have already entrered a deflationary spiral, and it is likely that there will be a succession of bank failures.

It's words like these that remind SME business leaders of the need to keep strategically afoot of any likely economic instability, download the full report now to find more.

* Please note that this report was prepared on 8 November 2014* 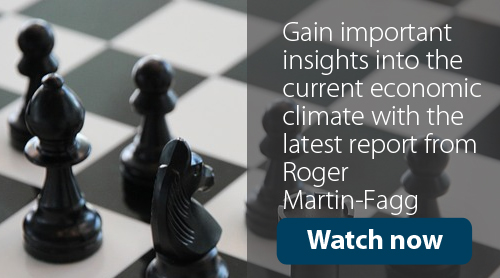