Fighting the zombies: how to improve employee productivity and performance How many of your employees are really working for you?

According to Vistage speaker Don Rheem, the answer is fewer than you think. Don is a former biologist and ecologist. He sees the workplace as an ecosystem - and some of the people in it as a toxic presence.

For most companies, engagement levels form a bell curve. At one end are your actively disengaged employees - anything from 5% to 15% of the average workforce. Don calls them “zombies”. They’ve quit, but they haven’t told you yet; if you track their productivity, you’ll find they’re doing a half day’s work for a full day’s pay. The worst part? They’re contagious. They gossip, they grumble, and they draw others into toxic relationships by playing the victim. Disengagement loves company.

At the other end, you’ll find 5-15% of your workforce are actively engaged. They exceed expectations: pay them for eight hours, you effectively get twelve. They don’t necessarily spend more time in the workplace, but they do get more done while they’re there. The only downside? This drive is entirely down to who they are as people – it’s almost impossible to generate this level of engagement through incentive.

In the middle – accounting for between 45% and 75% of your workforce – are those employees who are somewhat engaged and disengaged. How much they achieve during the working day depends on one thing – and it isn’t money.

There’s no correlation between what you pay people and what they do on a daily basis. Money attracts and anchors people into the company, but it doesn’t determine their actual productivity or their level of engagement.

To understand engagement, says Rheem, we must turn to neuroscience.

The limbic brain, which links high-order thinking and basic emotional responses, doesn’t recognise a difference between home and the workplace. Whether they’re on the clock or not, people’s behaviour is driven by emotion. Our emotions are instincts which drive us toward conditions the brain wants on a primal level: survival, safety and connection.

Gallup’s long-term research on employee engagement bears this out: one significant relationship with a trusted colleague means a sevenfold improvement an employee’s productivity.

What this means for managers is simple. You can’t run an effective business without addressing the emotional needs of your employees. The two questions their limbic brains are asking, all day long, are “what’s next for me?” and “how am I doing?”

If they don’t receive a clear answer from you, they’ll not feel safe or connected. They’ll look to their colleagues for reassurance – and that’s when the zombies get them.

5 ways to keep your team alive

Tone and structure - the triple S model of assertiveness

Of course, you are still a manager to your people. You’re a leader – not a friend. It’s important to keep a sincere, assertive tone in your relationships with employees, building trust without losing status.

Vistage speaker Ken Allison offers a simple model to keep the dynamics of your relationship understood. He calls it the Triple S:

Ken recommends that you start using this model in writing, where it’s easier to check exactly what you’re saying and make sure it has the right weight. Use it in emails and letters, and watch the impact of your feedback change.

As your feedback begins to directly address the questions raised by the limbic brain – “what’s next for me?” and “how am I doing?” – you’ll find your employees feel safer in their own person, and more connected to you and your company’s values. They’ll listen to you, instead of their disengaged colleagues – and those disengaged employees, once they’re disconnected from their colleagues, may finally decide to quit before you have to let them go. 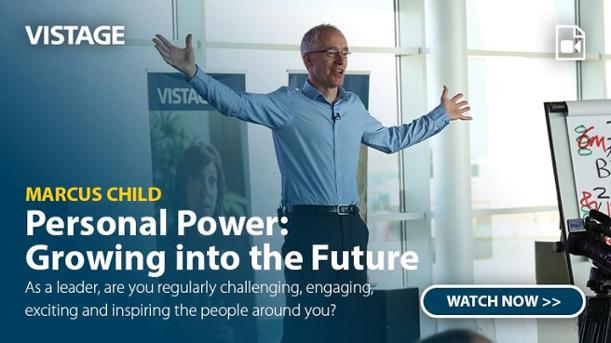