If generational theory is to be believed, Generation Z and Millennials are very different to the generations preceding them. For business leaders, this means that they need to be led and managed differently. Inter-generational diversity expert Henry Rose Lee, recently spoke at a Vistage webinar on this very subject, outlining what sets these generations apart, what can discourage and disengage them, and how best to lead these groups.

Who are Generation Z and Millennials, and what sets them apart?

Every generation has experienced something in life – including their working environment – that has had an impact on the way they behave, buy, sell, interact, communicate and work.

“It’s completely normal that every generation is the product of what’s going on at the time when it’s growing up,“ says Henry.

Henry describes the members of Generation Z who are currently in the workplace - those aged between 16 and 24 - as a “glass generation” because of the time they spend using devices.

“What makes them so utterly unique is that they’ve never grown up any other way,” she says. “They’ve always had the technology, while the oldest Millennials will have only inherited it later on.”

But access to tech isn’t the only difference between millennials, Gen Z, and the generations that came before them.

Generation Z, however, bring plenty to the workplace. In general, they’re flexible, they have an incredible command of technology, and they thrive on competition - including competition against themselves. They are fast learners, and they are keen to push forward for both financial gains and job security - meaning that, if treated right, they can be loyal members of the team. However, despite these positives, there are many misconceptions about Generation Z and Millennials.

“By some, younger generations are seen as rude, feckless snowflakes who don’t care about work - and actually, none of that is true,” Henry explains.

In fact, older generations have been bemoaning ‘the youth of today’ for hundreds if not thousands of years!

Henry believes that younger generations do lack emotional intelligence. This comes with time, and was just as much of an issue for older generations when they were younger as it is for some millennials and Gen Z today.

To hear more from Henry, take a look at her recent webinar.

Another myth that Henry hears regularly is that young people don’t care about money. Money, though, is important to every generation. But Gen Z and Millennials tend not to talk about money to their employer, instead focusing on culture, flexibility or social conscience.

Money, though, is the number one reason for applying for a job, or going for a promotion - and COVID-19 has highlighted this still further.

What discourages and disengages younger generations in the workplace?

In Henry’s view, there are three key issues that discourage or disengage the two youngest generations in the workplace.

If Gen Z and Millennials are made to feel that other team members or management disregard what they think or fail to help them establish their position within the organisation, their morale can fall.

“These generations have grown up in the shadow of social media, where you give your opinion and get some feedback,” Henry explains. “So they really want that engagement.”

Of course, it is important that every generation feels that they are listened to and consulted. However younger generations are more likely to voice their discontent or search for opportunities elsewhere if they feel their voices are not being heard.

The second is an issue of cultural fit. Gen Z and Millenials want to know that their employer is looking to make a positive difference in the world.

Looking to boost your leadership skills? Download our 7 Laws of Leadership guide to find out how. 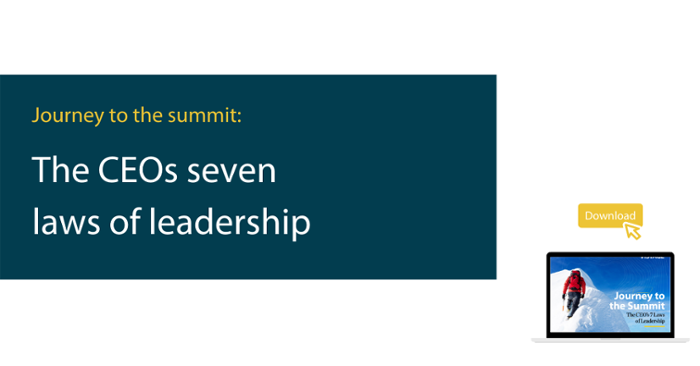 “This isn’t just a nice-to-have,” Henry says. “Our younger generations are far better educated and far better informed. They have far more global information because of social media and the internet. They’re far more aware of what’s going on in the world, and they’re the most tolerant, adaptable and flexible generations we’ve ever had.”

This means that they genuinely care about their employer’s organisational culture: how the business treats people, how it works with people, how it hears and values people.

“It’s about diversity, inclusion, tolerance and adaptability,” she says. “But it’s also about what that organisation is doing for individuals, for the team, for the society in which it finds itself, and for the world in general. Organisations that ignore that cultural fit, that desire for good, are missing a trick with the younger generations.”

It’s essential to ensure Gen Z and Millennials feel a sense of energy and purpose.

“If they come to work for an organisation, they want to feel like they’re moving forward,” Henry says. This can go beyond more traditional pay rises and promotions.

“To create that sense of momentum and progress, regular milestones can be introduced when new people join the organisation. And this work at any level, at any age. These could include access to customers or key stakeholders, additional training, projects, mentoring or reverse mentoring.”

“This access makes the individual feel valued and engaged, and such milestones support the youngest talent even if there is no immediate scope for career advancement.”

How to lead Gen Z and Millennials well

While an Oxford Internet Institute study revealed “little association” between mental health problems and technology use in teens, a report from the Education Policy Institute and The Prince’s Trust from January 2021 found that heavy social media use is damaging to teens’ mental health.

Prepare for the impact of technology

“The elephant in the room is the fact that our youngest generations are the most distractible, have the most education and have the most information coming at them,” Henry says.

“Potential technology harms include the loss of ability to focus, low mental health, less empathy, more confusion and misinterpretation, and the inability to really understand someone else’s point of view. This can be a challenge when attempting to introduce them to a set workplace dynamic.”

Support them from the outset

Leaders must also be aware that these generations may need extra support in developing their social and communication skills. This, says Henry, could be anything from a lack of experience in conducting work-related telephone calls, to not knowing how to think about a client from the client’s point of view.

Find out how your peers are approaching intergenerational issues in the workplace by joining Vistage.

Henry believes a simple way to encourage new starters is to celebrate them joining the company. This could include free lunches or a “buddy” to introduce them to the organisation. Their introduction to the company should also be marked by showing them what “good” looks like within the organisation.

While Generation Z and Millennials have some similarities, there are also stark differences.

“There are three fears that Generation Z have that perhaps aren’t as embedded into Millennials or older generations.”

The first is a fear of failure, which may often be brought on by seeing peers’ successes on social media. The second is the fear of a lack of money, with salaries going down, costs going up and COVID and Brexit compounding the situation.

Finally, societal issues may also differentiate between the two generations. 40, 30, even 20 years ago, those in their 20s did not have the access to information about war, pestilence, famine, terrorism and political upset that those in their 20s do today.

“Statistically, we are safer and healthier in this world than we’ve ever been,” Henry says. “But we don’t feel that way”.

It is important to remember that both groups include swathes of different types of people. Assigning labels is human nature: it allows us to understand the world around us. For Henry, using such labels in her working environment can facilitate conversation around increased awareness, empathy, understanding and insight.

However, individualism is vital.Understanding Generation Z and Millennial traits, backgrounds and upbringings can help business leaders develop an approach that will ensure they get the most out of their employees, and that these generations appreciate, enjoy and learn from their workplace. As Henry highlights, though, “we’re all unique human beings” - and should be treated as such, both at work and elsewhere.

With Vistage membership, you’ll benefit from advice and support from your peers, plus much more. Find out more here.