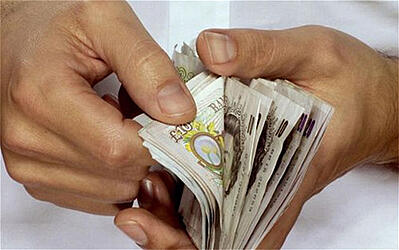 There is good news and bad news. First the good- GDP grew by 0.6% in Q2 in all sectors - even construction showed some life (although it is still 15% below 2008 levels). Consumption spending improved and retail sales were up 2% in volume terms.

Now for the bad news – this mild upturn has been financed by borrowing and reduction in debt repayments, not by growth in wages. If, and it is a big if, employers decide that the upturn in confidence is sufficient to give above inflation wage awards, then the recovery will be sustained. But if not, then it will peter out by the end of the year.

The indicators of a sustainable recovery would be wages growing at 5%, retail sales volumes at 3%, and a surge in investment spending financed by the banking system. 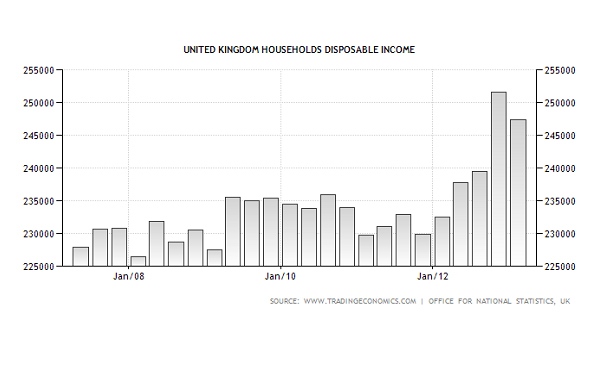 It’s still falling but at least the rate of decline is now only 1.2% year on year. Net lending contracted by 1.7Bn in June.

In the USA however, banks are growing their lending at an annualised rate of 10%. And if household disposable incomes continue to grow, so will their economy.

The Eurozone is still in the grips of an unresolved banking crisis, with the consequential contraction of credit. This will ensure low nominal GDP growth, low inflation, and little or no debt reduction.

Germany will not accept Eurozone bonds, so what can be done?

Japan is determined to end deflation. The central bank is lending unlimited amounts to commercial banks it the hope that a massive monetary stimulus will create inflation and some real GDP growth.

It appears that the new administration are beginning to implement some radical policies. They recognise that growth will come from entrepreneurial start ups, not state enterprises. Local Government is being reigned in and told to cut wasteful spending.

These is a series of excerts from Roger's latest Economic Update- August 2013. For the full picture including further insights into UK/EU and USA as well as more information on Japan/ China/ and the state of play for exchange rates/ interest & inflation- you can download the full report.