Win or lose, election campaigns make great studies for businesses looking to up their game. 2017’s General Election in the UK was no exception, in part because nobody quite pulled off the perfect campaign.

Theresa May lost a majority - and almost every seat she targeted for a personal visit - but still came out as Prime Minister. Jeremy Corbyn closed a 17% polling gap but couldn’t convert that approval into a Parliamentary majority. UKIP’s vote share collapsed, but their brand is still on the news agenda. The snap election took small parties by surprise, with some making small gains but most being lost in the mix thanks to stretched mid-term budgets.

Six key strategies underline a successful campaign; all the parties managed to implement some of them; all of them apply to companies’ marketing endeavours.

The Financial Times claimed this election - as in 2015 - would be won or lost on Facebook.

Labour reached out to Facebook followers, delivering over a thousand versions of its core policy proposals to users at a local level, and producing free, shareable, issue-focused content via candidates’ Facebook pages; paid and organic marketing aligned in harmony.

Meanwhile, Theresa May took part in a Facebook Live Q&A, directly interacting with users - and while she wasn’t quite expecting to field a question from one “Jeremy in Islington”, this innovation did bring her closer to an electorate she’s been accused of avoiding.

The business takeaway: Half the population of the UK uses Facebook, and users spend an average of 40 minutes on the site each day; a mass market campaign can’t afford to ignore the platform. There are direct and indirect ways to market on Facebook; some cost, some don’t, but all risk an encounter with your harshest critics.

Vistage speaker Adam Long outlines the concept of predatory marketing - looking for gaps in your competitor’s strategy and gunning for those. Manifesto costing became an opportunity for the Conservatives and their media allies, once Diane Abbott’s now-famous interview flub demonstrated a weakness in the Labour machine. Whether the manifesto was fully costed or not, the idea that a senior Labour figure didn’t know presented a clear opportunity, and the Conservatives ran away with it.

The business takeaway: Your marketing is only half the battle. A good marketing team is agile enough to capitalise on your competitors’ mistakes and to steer how audiences, media and markets respond to them.

UK elections have become increasingly presidential, centred less on parties and policies than on the right leader in the right place. The Conservatives were better placed here. Theresa May was billed as - all together now - a strong and stable leader in the national interest. Local candidates were promoted as hers - chosen members of the ‘top team’. It’s easy to mock May’s slogans and soundbites, but when your words are on the lips of your political opponents, your marketing’s doing its job.

Labour had a taller order. For all that Jeremy Corbyn drew massive support among grassroots loyalists at rallies, his parliamentary party and floating voters had their doubts, fuelled by media claims he was “unelectable”. In the circumstances it’s not surprising that local candidates campaigned for themselves, preferring not to feature Corbyn in their materials or mention him on the doorstep.

The business takeaway: A coherent, consistent message will get you results, but care is needed; too many buzzwords and soundbites reduce you to a self-parody. Personality is a powerful force, but no public face for a brand is going to please everyone.

In reality, no party stood out in PR terms. May’s avoidance of the media, direct questions from the public, or debates against her opposite numbers was a PR disaster, indicating a lack of courage or common touch. Corbyn’s faithful turned out to support him, but his much-prized integrity meant he couldn’t commit to any message he didn’t personally endorse. Result? Wavering.

Corbyn wasn’t helped by a hostile relationship with the media - even the traditionally Labour-supporting Guardian was backhanded at best in its eventual endorsement. He performed better than Green co-leaders Caroline Lucas and Jonathan Bartley, though, who continued to be eclipsed by UKIP as far as the media - and therefore the country - was concerned.

The business takeaway: If you have someone with PR chops, trust their expertise and focus on areas that need help. If your people need managing, manage them - it’s not enough to insulate them from contact with the public. Finally, and most importantly, court the media. Whether trade magazines, local press or international publications, their support can be hugely influential.

‘Dark ads’ hit the news in the later weeks of campaigning, as British YouTube users found Conservative pre-roll ‘attack ads’ appearing before ‘almost every video’. YouTube creators and audiences pushed back, particularly those who were notably anti-Conservative and didn’t appreciate the party hijacking their content.

This is an example of targeted marketing going badly wrong. The idea is sound - if the youth vote is likely to decide an increasingly close election, target young voters with your final message. The problem? No grasp of the personas involved. The ads were at odds with the creator-driven content they were attached to, and at odds with the target audience.

The business takeaway: Marketing demands a clear sense of who you’re addressing, and who your allies are. Audiences have to be addressed on their terms, with a message that speaks to their interests - not a jarring antithesis of their existing values.

Jeremy Corbyn appeared in some unexpected places, with some unexpected friends. The front cover of heavy metal mag Kerrang! isn’t where you’d expect to see a man you could charitably describe as beige against the machine; nor would you expect him to be backed by grime MCs.

Despite looking out of place, though, Corbyn’s message was aligned with the politics of the people and the places it appeared. The same is true of his more conventional marketing; a candidate with strong trade union backing appeared in authoritative trade magazines.

The business takeaway: Look for allies in strange places. Even if your brands don’t match on the surface, it’s value and offering that count, and an endorsement from someone on your side can give you an unexpected edge.

Politics is a business. It’s about getting a message across to the public - spending money and courting influencers, constructing a message and picking channels, and above all, watching the competition. Get your marketing right, and customers will vote with their wallets. Would you vote for yours? 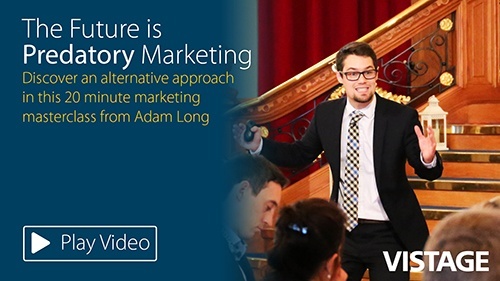