The grand Brexit: What are UK business leaders doing to prep for leaving the EU?

Brexit is definitely happening. We don’t know exactly how it will happen, what the relationship between the UK and the EU will look like afterwards, or which legislation will carry over into British law.

A year after the referendum, though, we do know how it’s affecting the British economy, and the behaviour and confidence of business leaders in the UK.

Our SME Confidence Index surveys the attitudes and actions of Vistage members. This year, we asked a detailed question - “What changes have you made, or do you plan to make, to your business as a consequence of Brexit?”

The answers give us an indication of what concrete, practical actions our members are taking. Let’s look at the top four, and explore what these changes are likely to achieve.

26% of respondents have already increased the price of their goods and services; a further 21% plan to do so.

Consumers have been primed to expect price increases in some sectors: imported fruit and vegetables, wine, and now, potentially, electricity. The British Chamber of Commerce reported that 68% of 1,500 UK businesses expected their costs to go up in 2017 and that 54% planned to increase prices.

The Chamber attributed this to a weakening of the pound’s value against other currencies, which is to say a temporary factor. Once the shape of the Brexit deal emerges, and the rules for trading are understood more clearly, confidence - and thus the value of the pound - are likely to recover.

A slightly smaller segment of our respondents have taken the other approach to maintaining their profit margins. 22% have taken steps to reduce their overheads already, and 24% are gearing up to do the same.

In some sectors, such as law, rising costs have highlighted spending inefficiencies which existed before Brexit. Fears of increased costs have provided a spur to ask questions like “does every aspect of our business need to be housed in an expensive city centre location?”

Some businesses, like ITV, are cutting hires and administrative expenses by promoting internally, while trying to maintain current expenditure on their core activities (and thus quality in customer-facing aspects of the business).

It’s worth noting that EU businesses are asking themselves these same questions - and in many cases, making the same changes. Around a thousand EU businesses have already cut ties with UK suppliers.

Things are different in the UK. The FT cautions that supply chains cannot be changed quickly - and this is especially true in a country which has drifted away from manufacturing and toward service in recent decades.

This may explain why only 13% of our surveyed members have already made changes to their supply situation as a way of handling the economic impact of Brexit, although a further 17% intend to. This time last year, a Barclays survey suggested that 56% of business owners expected Brexit would have no real impact on their supply chains - supply costs may be something that businesses are prepared to absorb.

The same 2016 Barclays survey revealed that 81% of retailers expected exchange rates to change for the worse (and they have), with 70% reviewing currency hedging following the referendum result.

Banking in currencies other than GBP is an attempt to reduce the impact of exchange rates on costs. Paying European suppliers in Euros earned from European business means a more stable balance of costs and income, eliminating the changing values of currencies as well as the costs of exchanging.

20% of our respondents have set up bank accounts in currencies other than GBP. Curiously, most of those who considered this route have already made the jump; only a further 3% of respondents intend to make this change. This approach will either be viable for a business or it won’t - it’s largely dependent on the extent to which the business deals in other currencies to begin with, and the banking arrangements on offer.

48% of our respondents still see the EU as the greatest long-term opportunity for their business, in terms of an effective trade deal with the UK. The next nearest rival prospect, the US, drew a mere 24% of responses.

Our in-house economist, Roger Martin-Fagg, reflects on why this might be in his Economic Update for July 2017. He highlights continued stable growth in European markets, spearheaded by Germany but with recoveries in Spain, Portugal and Ireland boosting the overall resilience and potential of the EU marketplace.

By contrast, the UK has reached its growth capacity ceiling, and is suffering from the impact of devaluation, underinvestment by the government and large companies, falling real-term wages, the likely loss of skilled EU workers and the prospect of losing frictionless access to the EU.

Despite this prospect, UK SMEs are still committed to the European market.They are adjusting their prices or supplies or banking practices to compensate for a predicted increase in the cost of accessing that market. Those who have a plan are choosing to weather the storm. Why not give up and focus on other markets?

Roger’s analysis suggests that the 2017 General Election, which substantially weakened the Conservative government, has reduced the likelihood of a hard Brexit (a total withdrawal from the EU single market, freedom of movement, customs unions and cross-border legislation).

In its place, Roger predicts a transitional deal, followed by a new customs union within the EU. As far as British businesses are concerned, the new status quo will involve:

Britain would leave the existing customs union, but join a new one on its own terms and in its own interests. This would mean Britain accepting the external tariff the EU currently imposes, but continuing to enjoy free movement of goods without needing new paperwork or supply chains. Britain would not be in the EU, but would agree to a customs union to protect jobs and maintain growth.

Brexit is not necessarily a death knell for UK businesses. Business leaders and owners are entrepreneurial. It presents challenges, of course, but business leaders thrive on challenges, and many are already preparing to absorb or pass on any financial hit that occurs. There will be hurdles, but no-one said running a business was easy! 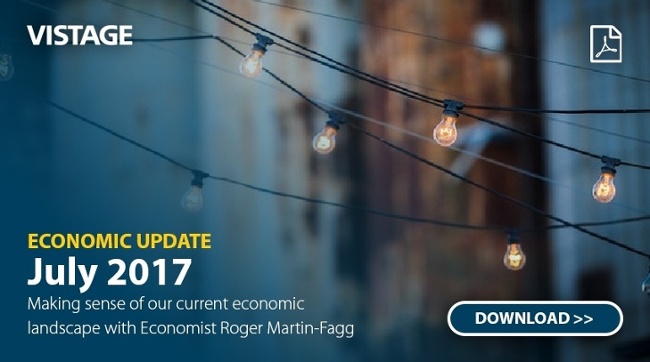