This judge traveled 35,000 miles to understand what makes some people so resilient - here’s what she learned

As a litigator and a judge, Emma Bell observed up-close how different people had totally different responses to conflict, trauma and hardship.

“This idea that some people thrive in the face of a challenge while others barely survive is something I’ve been pretty acutely aware of for most of my life.”

Understanding why this happened became something of an obsession. In fact, after she left the legal profession, she and her husband embarked on a 35,000 mile journey around the world, interviewing people who had faced enormous challenges and yet were living rich and fulfilling lives.

“They weren’t just bouncing back, they were bouncing forward. They were growing as a result of adversity. That’s when I started to think: ‘do these people have something in common we could each apply in our own lives?”

The nine resilience-building strategies that she identified became the basis for her new book, 9 Secrets to Thriving, which is due to be released next month.

We often think about resilience as ‘bouncing back’ from a challenging situation but Emma prefers to talk about ‘bouncing forward’.

“You don’t want to go back to where you were before, you want to take that challenge or change and leverage it to grow.”

For leaders who have to handle pressure, uncertainty and complexity on a daily basis, resilience is a vital characteristic.

“Leaders who show resilience are more optimistic, more creative and they keep going in the face of adversity for longer and harder. Leaders who are pessimistic and don’t look after their own wellbeing tend to give up sooner, be less creative and are more likely to rely on what they’ve done before.”

Mental resilience is a trait that would benefit any leader, both in their personal and professional lives. But is it something that you’re born with, or can it be learned?

Here are three strategies that Emma recommends to leaders and executives as part of her coaching work.

Take control of your subconscious narrative

One of the 50 people that Emma interviewed for her research was Kia Scherr, an American who lost her husband and daughter in the 2008 Mumbai terrorist attacks.

In 2009, Kia made headlines when she publicly forgave the attackers at a press conference, saying: “There is nothing to forgive. The terrorists were doing the best they could with the thinking they had at the time.”

“She was thriving,” Emma said in reference to that moment. “She’d bounced forward. She’d been out to Mumbai to meet other families who’d lost loved ones. She was calm, peaceful and strong. We explored the strategies that she had employed that enabled her to thrive and there was one that I think is very helpful for leaders.”

Emma says that when Kia forgave the attackers, she was purposefully taking control of the narrative. She was finding a story that wouldn’t lead her towards feelings of vengeance or victimhood.

“I talk to leaders a lot about consciously choosing the story you tell yourself in difficult situations. Because if you don’t, your brain develops a narrative subconsciously and we have an inbuilt negativity bias, so that subconscious narrative will often have a negative slant to it.”

Questioning your subconscious narrative gives you the opportunity to reposition adversity or conflict as an opportunity for growth and understanding.

Between work and family life, leaders have a lot of demands on their time. Finding time for yourself can be tough, but self-care is an essential part of building resilience.

“This isn’t just eating well and going to the gym, this is a mindset. You have to have a deliberate intention to look after your mental, emotional and physical wellbeing. You cannot thrive unless you take self-care seriously. That can relate to getting really good sleep, any kind of mindfulness, taking time out to go for a walk in nature, or allowing the creative part of your brain to express itself.” 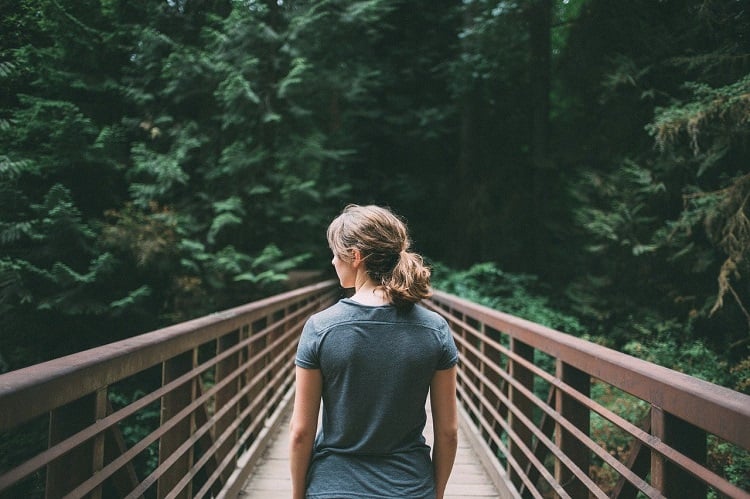 Emma observed that many of the people she interviewed had created daily or weekly habits around self-care that helped to embed these behaviors into their lives more deeply.

Leadership can be isolating. But connecting with others and feeling supported is a key part of being resilient and building resilient teams.

“When I was a partner at a law firm I was not great at support and connection. I saw asking for help as a sign of weakness.”

Emma recommends that leaders build a ‘support committee’ of trusted confidants. There are three key roles to look for.

“First, somebody who does the role that you do but in another business that isn’t a competitor. Ideally, somebody who really understands the challenges you face so they can validate how you feel but also challenge from a place of credibility.

"What steps can you take to reduce the uncertainty?"

“Second, have a ‘blurting buddy’. A lot of people find complaining cathartic. The job of your blurting buddy is to set a timer on your complaining, so if you want to get something off your chest you have two minutes to do it, starting from now. Their secondary role is to ask what’s within your control and influence - and therefore what action can you take? And what’s outside of your control or uncertain - and therefore what steps can you take to reduce the uncertainty?

“Finally, get somebody who’s known you for a long time on your committee. Somebody who you don’t feel the need to project to and who understands your blindspots.”

Consciously building a support committee of people around you will help you to feel stronger, so you can support others and set a positive example.

Leadership can be demanding, now more than ever. Before the end of our conversation, we asked Emma if she had any parting words of advice for leaders who are struggling with the pressure and uncertainty surrounding coronavirus.

“The tougher life gets the more important it is to look after your wellbeing. Our instinct is to deprioritise our wellbeing when things are tough, but when life is asking more of us, you need more life, more energy, more vigour. The only way to get that is by looking after your body and mind.”

Thanks to Emma for making the time to chat. You can pre-order the audiobook of Emma’s new book, 9 Secrets to Thriving, on Audible and find more information about her coaching business on her website.

Watch a recent Vistage webinar recording featuring the subject of this blog, Emma Bell.
Emma delivered her session "Why resilience is a critical skill for business leaders" on Wednesday 15th July 2020.