A 360 view on diversity in the workplace 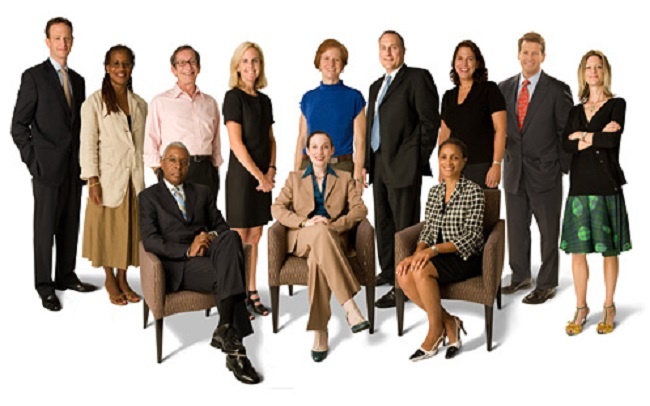 Workplace diversity has been a hot topic for a long time. Business leaders are well aware of diversity’s importance as a legal requirement and a brand value. The Equality Act of 2010 outlined what employers must do to ensure a fair workplace and comply with the law - reasonable adjustments for disabled employees, positive action to include underrepresented demographics, and the right to equal pay for equal work.

We know what businesses have to do for diversity; but what does diversity do for a business

In 2014, the Scientific American dedicated a whole issue to the practical impact of social diversity. Diversity of expertise and skills obviously confers practical benefits; the rewards of social diversity are more nebulous. Socially diverse groups are often less comfortable and cohesive, more awkward and inefficient, and prone to interpersonal conflict - but they do perform better. In many areas.

Researchers from the Center for Talent Innovation found that employees at businesses with diversity in leadership are 45% likelier to report that their firm’s market share grew over the previous year and 70% likelier to report that the firm captured a new market. gender diversity in R&D teams correlates with radical innovation over the medium term. Researchers from Zurich University, meanwhile, discovered that increasing age diversity has a positive effect on company productivity in creative tasks.

Susan Wojcicki, CEO of YouTube, claims diversity is vital to her company, allowing YouTube to retain its competitive, cutting edge, rather than falling back on old ideas and thus falling behind. Setting diversity targets is just the first step, however. Research has shown that following through on diversity goals is the most effective method for increasing underrepresentation of women and minorities. Wojcicki closely monitors numbers around diversity. Her focused efforts on supporting other women, providing longer maternity leave, and funding women’s groups, have increased the representation of female employees from 24% to nearly 30% since taking over as CEO of YouTube in 2014.

And the benefits of diversity even stretch as far as the financial markets and pricing. A 2014 study by Princeton University found that in homogenous markets, traders place undue confidence in the decisions of others leading to a misfit between market prices and the true values of assets. This in turn leads to pricing bubbles. Diversity was found to thwart this issue. Across markets and locations, market prices fit true values 58% better in diverse markets, reducing pricing errors and bubbles.

Diverse groups provide a broader range of facts in discussion and make fewer factual errors while discussing them; if errors do occur, the groups tend to correct them. Furthermore, diversity is a prerequisite for innovation. When people are brought together to solve problems in groups, they bring different information and different perspectives - ideas that are new to the other people in the group, ideas which challenge them, and that’s where innovation begins. Sallie Krawcheck, CEO of Ellevest, calls this “culture add” (as opposed to culture fit) - hiring on the basis of the changes new employees can bring.

Diversity helps broaden perspectives on diversity itself, enabling teams to understand that the issue is not only about women and ethnic minorities. Leaders in diversity - people like Marc Benioff of Salesforce - do well because they recognise exactly what diversity means in real terms. LGBTQ identities, military service, disability and socio-economic background are all recognised as disadvantages in terms of employability and covered by diversity legislation - but they are also potential advantages for the business as a whole. These demographic identifiers indicate where underrepresented perspectives and new ideas can be brought into a business through recruitment.

Age diversity in particular has unsung potential. Young employees often bring a strong technological game; older employees bring traditional business skills. Both have the opportunity to learn from each other and both are needed to future-proof companies. In a workforce dominated by young professionals, there is no room for generational mentoring; in one dominated by mature employees, retirements of key personnel can drive the company to slow death.

AARP, America's largest nonprofit dedicated to empowering Americans 50 and older, conducted studies which found that there’s more to age diversity than simply fairness, it’s smart business sense. Jo Ann Jenkins, CEO of AARP wrote in her recent LinkedIn column: “Studies have shown that the productivity of both older and younger workers is higher in companies that have mixed-age work teams than in companies that do not and that age diversity within a team heightens performance in groups that must undertake complex decision-making tasks — but what’s most interesting is that these things are already happening out there in the real world.”

Diversity is powerful at the bottom line, too. A 2015 McKinsey report found a direct correlation between financial returns and ethnic and racial diversity in management (the top 25%most diverse executive team were 35% more likely to profit above their industry mean). A smaller but similar correlation appeared in gender diversity (where the likelihood of increased profit was 15% above the average).

The same McKinsey report also confirms how far there is to go. Women remain underrepresented at senior leadership level (only 12% of executive team members in the UK are female). Meanwhile, only 22% of senior leadership teams reflect the demographic composition of the UK’s labour force. Such accurate reflection is not a magic bullet that will improve the business’ standing or performance; its absence is indicative of a general trend towards under-representation at senior level.

The picture isn’t much better below senior level. Only a third of employees in the tech sector are women. BITC claims only 6% of partners in accountancy firms, 10% of practicing legal professionals and 6% of advertising workers are non-white.

Jorge Caballero, a partner at Deloitte Tax, has taken on the responsibility of diversifying his workforce - not by playing the numbers game of hiring X people from Y and Z demographics, but by finding a diversity of talent that comes from diverse sources. He claims the core of his strategy is retention: “you have to be prepared”, he says, to spend time on your talent, “developing them, providing the right mentorship and sponsorship, and helping them advance into leadership roles.”

Diversity starts at the top, and has an impact right at the bottom line. Diversity correlates with improvements in innovation, error management and profit. Viewing new hires in terms of cultural add, rather than cultural fit, shows where new ideas can spark new practices and products. If we stop seeing diversity as an obligation, and start thinking of it as an opportunity, we can see real-terms improvements across our business’ performance.