Ask Yourself this Question: Is Your Board Fit for Purpose? 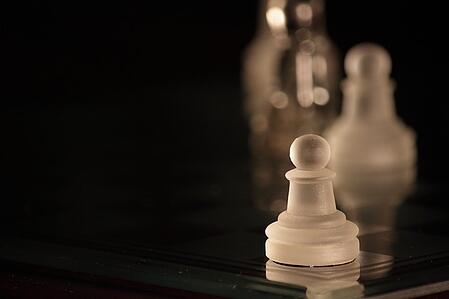 Boards of directors have always had bad press. As far back as the 18th century Adam Smith commented “…Being the managers rather of other people’s money than their own…should watch over it with the same anxious vigilance with which the partners in a private co-partnery frequently watch over their own…”

Ralph Nader US king of consumerism has described directors as cuckolds, i.e. always the last ones to find out. Other unkind descriptions have included comparing directors to business colonels (of the honorary type) i.e. ornamental in parade but useless in battle.

These may be extreme derisory comments but at times they have been justified. The US passed the highly complex Sarbanes Oxley Act in 2002 after a raft of corporate scandals, and yet barely a few years later, pretty much all the corporate failures which occurred during the banking crisis, e.g. Lehman Brothers, GM etc.. were all Sarbanes Oxley compliant.

In the UK, the Co Operative Group, which had to be rescued after a £1.5bn hole in its accounts was discovered, complete with a Chairman who had no idea of the size of the company’s assets and implicated with taking cocaine, passed all the corporate governance tests. Yet, the Board was described as manifestly dysfunctional. The Co Op incidentally subjected themselves to an internal Board review. If ever there was a case for Board Reviews to be undertaken by external facilitators that was certainly one!

Research published by governance researchers GMI Ratings (in August 2014) for the Wall Street Journal on nearly 400 companies’ boards in the US across ten different sectors, suggest that small boards tend to perform better. They are more likely to dismiss a CEO or MD for poor performance and they tend to drill deep and have more in depth discussions, whereas on a bigger board directors might feel that asking a third or fourth question might slow things down. Apple (8 directors) Netflix (7 directors) are quoted as good examples where decisions can be taken quickly, but still after having lengthy discussions and soul searching. Informal conversations become easier as well with a smaller number. 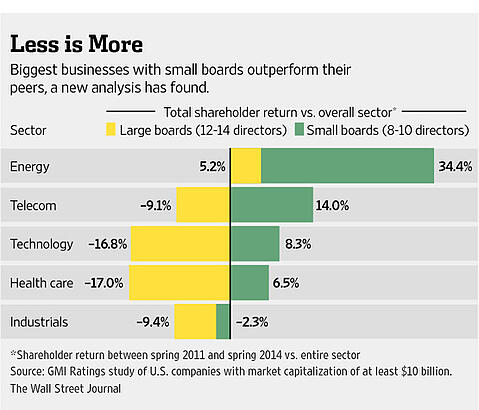 The smallest Board averaged 9.5 members and the biggest was 14.The average was 11.2 (yes I know fractions!). The UK comparison according to Grant Thornton Research of 298 of the FTSE 350 companies in 2013 reveals that the average UK FTSE350 Board comprised of one chairman, three executive directors and 5.6 non-executive directors.

Two US professors in a recent edition of the Stanford Law Review go a step further. If many functions can be outsourced to professional firms including strategic planning, then why not the Board? They argue that companies would never consider buying professional services from providers who are only willing to provide a few hours a month, so why settle for the same arrangements with directors? Radical you may think but you can see their viewpoint.

We do not support this by the way!

But we do suggest in our work that we interrogate Boards to ensure that they are performing at maximum efficiency.

So here are a few thoughts when reflecting on your own board: 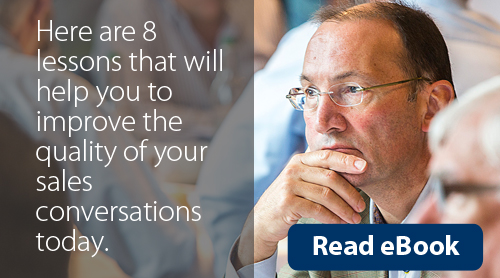