Clocking on vs. remote working 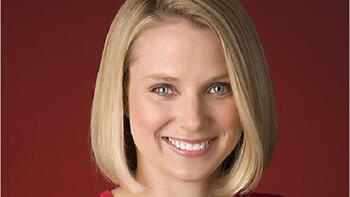 Yahoo’s chief executive Marissa Mayer caused a storm earlier this week when she called time on her employees working from home. A leaked internal memo to all staff stated ‘To become the absolute best place to work, communication and collaboration will be important, so we need to be working side-by-side. That is why it is critical that we are all present in our offices.’

According to Mayer, ‘Some of the best decisions and insights come from hallway and cafeteria discussions, meeting new people, and impromptu team meetings.’ The Yahoo head reckons that not only is time spent in the office more creative than time spent working at home but also that ‘speed and quality are often sacrificed when we work from home.’

Her views are echoed by Patrick Pichette, chief financial officer at Google, who recently said ‘How many people telecommute at Google? As few as possible... There is something magical about spending the time together, about noodling on ideas, about asking at the computer “What do you think of this?” These are the magical moments that we think at Google are immensely important in the development of your company.’

It seems strange that key people in companies which have done so much to enable remote working should disapprove so strongly of it. They also seem to be swimming against the tide. Mayer’s edict comes just after the Office of National Statistics has reported a steep rise in the number of employees working from home.

Commentators have weighed in on both sides of the arguments. Writing in the Telegraph, Toby Young has written a not entirely serious piece in which he cites being able to watch his favourite box sets during work hours as a key benefit of home working. The BBC News Magazine has a much more measured piece which examines the history of remote working from the 1960s to the present day.

As a self employed journalist who has worked from home for over a decade, this writer is all in favour of home working. While my experiences of working in a conventional workplace were, thankfully, nothing like those portrayed in Ricky Gervais’ sitcom The Office, working from home is more productive for me.

Other benefits include no time lost to commuting; no temptation to chat with colleagues about last night’s TV and a certain flexibility which enables a reasonable life/work balance. Deadlines still have to be met; word counts achieved and income earned: the work gets done. You do have to take measures to prevent becoming isolated but, for me, the benefits far outweigh the negatives.

Obviously, not every job can accommodate home working but, for those that can, it seems a no-brainer for companies to offer it to employees. Where do Vistage member stand on this? Do you encourage your staff to work from home or is the office culture more productive? Is it a question of trust?