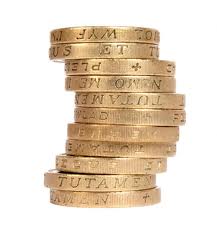 While clerical and entry-roles only received a small annual pay rise this year, experienced leaders and managers enjoyed average pay rises of six per cent.

That's according to a study by Towers Watson, cited by hrmagazine.co.uk, which released their Global 50 Remuneration Planning Report this week, revealing pay movements by job level in 2012.

While entry-level roles only received an average pay rise of one per cent - which is effectively a 1.9 per cent pay cut when accounting for inflation - experienced professionals received substantial pay rises of around six per cent, cites onrec.com.

As a result, it could drive more middle-level workers to take a leadership training course to improve their career prospects, experience and potentially pay-level in the future.

Darryl Davis, senior consultant in Towers Watson's data service division, commented on the pay differences: "There is no question that companies have had their reward budgets squeezed this year and many are opting to use them to offer meaningful rewards to those they feel are likely to add the most value to the company, rather than spreading them thinly across the whole organisation.

"Interestingly, pay increases do not keep on rising as roles become more senior. While base-pay rises for middle managers remain below inflation, they can be off-set by variable pay - such as bonuses - which play a more significant role in total reward packages at this level."