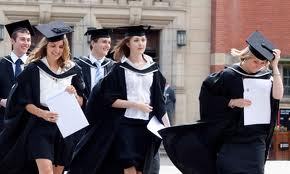 It has been revealed today that female graduates are waiting until they are 35 to become mothers, according to primeparentsclub.com.

It is suggested that they are focusing on raising finance and concentrating on their careers before they have children. This contrasts to women who don't go to University - who are giving birth nearly a decade earlier, according to the report from researcher at Sheffield University.

Researcher Danny Dorling, who identified the trend told dailymail.co.uk that women in London seemed most likely to leave having children until late. The professor of Human Geography said: "Society has split into two groups. One group, of women graduates, clustered particularly in London and the commuter belt, is having children very late and the rest are having them at much the same age as their mothers and grandmothers did."

However many experts warn of potential risks to this situation. Les Mayhew, who is professor of statistics at City University London said that women who have children later in life face the risk of becoming a 'sandwich generation' - meaning they will be looking after their ageing relatives, whilst trying to bring up young children.

Figures released by the Office for National Statistics (ONS) also revealed that the average married women had a first child aged 30.6 years last year, whilst unmarried women gave birth at an average age of 27.1 years.