Flirting can help women get ahead in the workplace

New research has revealed today that women may be more successful at work if they flirt.

The study found that businesswomen can get ahead if they are 'playful' rather than 'serious' in the office. It said that a friendly demeanour makes men see them as more approachable. It also makes women seem more confident, which could help them when navigating through uncertainty in the workplace.

The research was conducted by a team of researchers from the Haas School of Business, at the University of California and the London School of Economics. 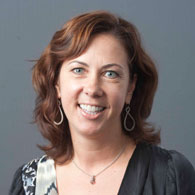 Professor Laura Kray, from Haas, told dailymail.co.uk that flirting 'translates into confidence' - which is regarded as a good negotiation tool. She said: "Women are uniquely confronted with a trade off in terms of being perceived as strong versus warm. Using feminine charm in negotiation is a technique that combines both."

However there wasn't similar results for men. Women who flirted were labelled as being good negotiators by men, who commended the ladies' 'social charm', however men who flirted didn't see the same type of results.

The study was titled 'Feminine Charm: An Experimental Analysis of its Costs and Benefits in Negotiations'. It questioned 100 men and women who were split into pairs. Each couple was asked to rate each other's skills after carrying out various tasks.