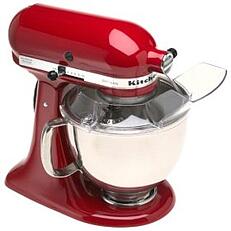 The Obama Romney debate has filled many columns since Wednesday but, incredibly, it also sparked a PR crisis for KitchenAid, manufacturers of kitchen appliances.

During the debate, one of KitchenAid’s social media team posted a poor taste joke about President Obama’s late grandmother. It is thought that the team member had meant to post the comment on his or her private account but had mistakenly posted it on KitchenAid’s corporate Twitter account.

This is not the first time that an employee has deliberately or inadvertently thrown a spanner in the social media plans of their employers. Nor will it be the last. What is notable about the event is the swift and effective way in which KitchenAid have dealt with the fallout.

Naturally, the rogue tweet was quickly removed but KitchenAid made no attempt at a cover up. Instead, they quickly apologised for the gaffe; distanced the company from it; explained what they would do to stop it happening again and then apologised to the Obama family for any offence which might have been caused.

The result is that the story is quickly becoming stale and dropping rapidly off the news agenda. Mashable have a good account of how the story unfolded here along with some useful stats showing how quickly interest waned after KitchenAid’s rapid response.

What can Vistage members glean from this? The most obvious lesson is to have systems in place to prevent off message tweets ever being issued from the company account. Of course, human errors will always occur and, when they do, it is vital to have strategies and plans in place to deal with them quickly. KitchenAid issued an apology within eight minutes of the original offensive tweet.

Taking a wider view, the KitchenAid story might also make Vistage members think twice about what they post on their personal Twitter feed, if they have one. It is not just the possibility of posting to the wrong account which carries a risk. Banter, jokes and irony which are completely acceptable among friends, family and possibly colleagues can look less benign when taken out of context. Limiting your open access, personal media output to purely professional and businesslike comments could well be the safest option.