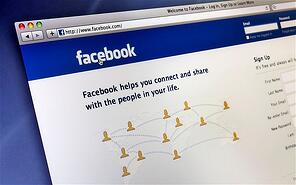 'Ignorance, fear and distrust' are three factors why workplace leaders are keen to avoid using social media in the workplace, reports peoplemanagement.co.uk.

A study by Silverman Research and Unilever collated 644 people from more than 30 countries to discuss how they use social web tools at work and why they thought organisations were not making better use of the platform.

Results claim that 70 per cent of the participants believed that using social media did not make people less productive, which could provide food for thought for a new CEO looking to revolutionise current business practices.

The top four barriers of social networking becoming the norm were: difficulty in creating a business case; a lack of knowledge and understanding of social media; a failure of leadership to accept new ways of working; and a fear of the unknown.

Kate Henwood, an HR business partner and a top rated commenter in the study, stated to silvermanresearch.com: "I believe organisations need to embrace social media to encourage communication and collaboration to help deliver more with less. Too many organisations think that technology is the be-all and end-all for encouraging successful collaboration.

"Whilst technology is a key ingredient, so too is strong leadership role modelling the right behaviours, empowering their people to be involved," she added.