One in ten business owners have considered surrendering to recession 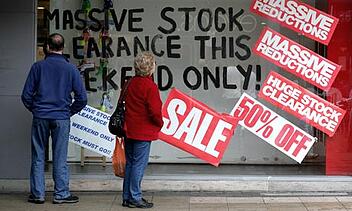 The poor economic climate has forced more than one in ten small business owners to consider shutting up shop within the last three months, according to a new study.

The Zurich SME Risk Index has revealed that 84 per cent of business owners are at least fairly concerned about the British economy, with the majority believing that they will still be navigating through uncertainty next year. According to freshbusinessthinking.com, less than a third of CEOs questioned believed that the economy would have improved by the turn of the year.

The study questioned business owners on what measures they were taking to help them battle through the recession. One in three stated that business innovation was their main strategy, whilst 30 per cent simply aimed to explore methods of cutting costs. 22 per cent claimed that they were exploring online marketing practices as a way of saving money and finding new customers.

In an interview with insurancetimes.co.uk, Zurich's director of small businesses, Richard Coleman, was keen to warn CEOs about the potential hazards of attempting to develop a business during a recession.

He said: "It is clear that SMEs are feeling the strain of an uncertain economic environment. Our research shows their confidence has been hit and they are concerned about the future.

"While it's encouraging that SMEs are looking for new opportunities to ease the pressure, there are considerable risks associated with development and expansion, particularly when owners are using personal capital to fund such activity."