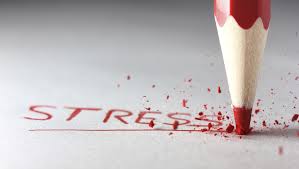 Burn-out is a real risk for employees who continue to work long hours under excessive pressure, according to research from HR consultancy Towers Watson.

The firm's Global Workforce Study, which interviewed 32,000 employees worldwide, found excessive pressure affected more than one third of UK employees while 58 per cent said they have been working more hours than normal over the past three years.

In addition, less than one third said their bosses supported health and well-being policies to help employees cope with stress.

However, in light of that fact, 26 per cent of interviewees admitted they have not been taking as much holiday or personal time off as they should be over the past three years.

For firms navigating through uncertainty in the current economic climate, it may be worth investing in schemes to help employees cope with the toils of stress. Consequently, bosses could see increased productivity and motivation in the workplace.

Charles Fair, senior engagement and well-being consultant at Towers Watson, believes that businesses should 'act now' to avoid a 'work until you drop' culture.

He said: "This research raises huge concerns over our country's health and well-being at work. Several years of economic uncertainty have led to increased anxiety around job security with workers putting in longer hours than ever, raising concerns of 'burn-out' amongst British workers."