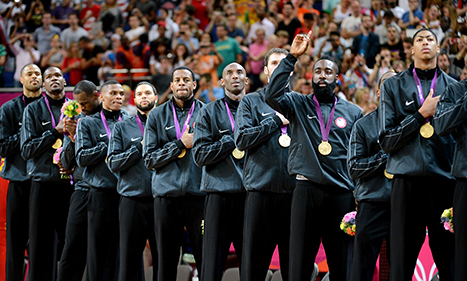 Choosing the right leader was an inherent part of Team USA's Olympic basketball success - something that businesses can learn a lesson from.

Businesses can learn a vast amount from the leader selection process of Team USA basketball after a slump saw the team's morale hit an all-time low.

According to a blog by Jeffrey M. Cohn on hbr.org, Jerry Colangelo was picked as the chairman of Team USA basketball in order to deliver a 'cohesive, winning team out of a group of egotistical, strong-willed and free-wheeling players' just after a series of embarrassing losses to Argentina, Lithuania and Puerto Rico.

In order to select the right manager, Colangelo needed to know who would be able to lead such a team - a position that UK business chairmen may find themselves in.

Cohn writes: "Colangelo told me it was about understanding and connecting with a vast array of personality types, getting the trust of NBA superstars who could sacrifice ego for the good of the team."

In addition, integrity, passion, transparency and empathy emerged as front running qualities for a leader, which may help leaders currently navigating through uncertainty.

Ultimately, Colangelo chose Mike Krzyzewski, better known as Coach K. He went onto to win gold in 2008 and more recently in 2012, with bleacherreport.com reporting Team USA beat Spain 107-100 in the final.