The tales we tell - connecting through stories 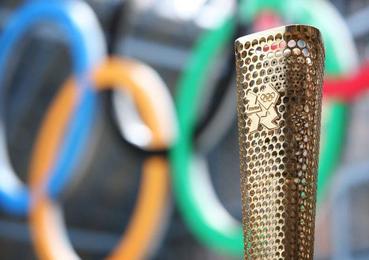 By Jamie Jauncey for VistageUK

As London 2012 draws to a close and we count the medals, it’s worth reflecting that none of it would have happened without a simple story.

In Singapore in 2005, London stole the games from under the noses of the favourites. Paris and Moscow lost out when Sebastian Coe made one of the best speeches ever heard by the International Olympics Committee.

At its heart was the story of how, aged 12, he was hauled into his school assembly hall in Sheffield to watch the 1968 Olympics on TV. Two local athletes won medals. Those moments of inspiration set him on his own path to Olympic gold.

It was a very personal anecdote, short, powerful and full of emotion. With its underlying message of legacy it swung it for London. But can stories do the same for a business?

I believe they can. A client, who sadly died earlier this year, ran a large and successful video production and events management company. He was a paraplegic.

Most people were too polite to ask how he had ended up this way. The truth was extraordinary. As a young apprentice he had joined the Territorial Army, mainly so he could receive free driving lessons.

One day on the firing range he was accidentally shot in the throat and his spinal cord was severed. Aged 18 and wheelchair-bound he decided to use the compensation to get himself an education.

In due course he took a degree in film and TV production and discovered that he was exceptionally good at making programmes. The rest, as far as his business career was concerned, is history (and the business goes on today).

But he was modest and seldom told the story, even though it said important things about his personal drive and work ethic. Eventually he agreed to let his sales team use it in their presentation. The first time they did they won the business of a major supermarket. ‘That story told us so much about your company,’ the new client said later.

Storytelling is gaining currency in the business world. People are coming to understand that stories allow us to connect with one another in a much deeper and more lasting way than the outpouring of facts and analysis that clutter most of our business lives.

A recent study at Princeton University may give us a clue as to why this is so. Researchers put a volunteer through an fMRI scanner while she was telling a simple story about her life. They then put a number of other volunteers through the scanner, while playing back a recording of the story.

The researchers found that exactly the same parts of the brain lit up in the listeners as in the storyteller. In other words, the story brought the teller’s and listeners’ brains into sync with one another.

Also, far from the listeners’ brain activity lagging behind that of the teller, as one might expect, in several cases it anticipated it: the volunteers were guessing where the story would go. And finally, those who most anticipated the story also had the most accurate recall of its details.

Steve Denning, author of The Springboard and Squirrel Inc says that with stories we can ‘ignite the listener’s creativity. We do not win or lose. We do not impose our views on the listener’.

In other words, stories give us space to think and feel as human beings. They leave room for emotion and imagination, rather than simply requiring us to accept and process data. Because of that we not only connect better, we process the data more efficiently and retain it for longer.

There are many ways stories can benefit our businesses. As leaders we can tell inspiring personal ones – Steve Jobs on how he built, lost and regained Apple springs to mind. These make us more human and help bind people to our cause.

Every business has a founding story, and most say something about that company’s values or what it stands for. A good example is Innocent, the soft drinks company (see the opening paragraph of their Wikipedia entry). Innocent used simple language and storytelling to achieve extraordinary growth.

Teams come closer and gain in mutual trust when members tell one another personal stories. And information takes on a different quality in story form. Australian business storytellers, Anecdote, demonstrate that far more valuable information about workplace behaviour emerges when people are invited to speak anecdotally than when they are given questionnaires to fill in.

Stories come to us as naturally as breathing, and you can’t fake them. What’s more, when they’re authentic they promote empathy. They help people understand one another – colleagues, employees, clients, customers, associates, shareholders. Since all business is ultimately about human relationships, it’s hard to see that that’s anything but a good thing.