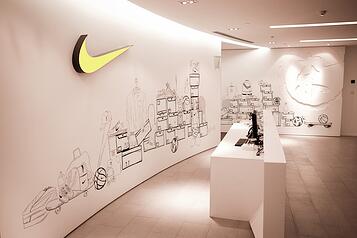 A job search site has collaborated a list of the top ten 'coolest' offices in the UK.

Companies such as Innocent, Red Bull and Nike all made the top ten of the list, which was created by adzuna.co.uk. The companies were praised for impressing with their workplace surroundings and prospering in austerity despite the economic downturn.

Innocent, which has its office based at Kensal Base London, was praised for its friendly office. It features fake grass a telephone box and sees staff working on picnic benches. Whereas Red Bull's Soho-based office was hailed for its modern design. It also includes many fun features, such as a slide and a ping pong table.

Outside of London, Virgin Money's Edinburgh HQ was also praised in the list for its 'architectural flair' and 'sustainable and economic construction', according to telegraph.co.uk. The office also one 'Best Recycled & Refurbished Workplace in Great Britain' earlier this month at the British Council for Offices Awards.

Less well-known firms in the list included London-based games company Mind Candy, which features a host of 'toys' that help staff to relax and Manchester-based IT company Melbourne, which is praised for having a stylish office which matches the companies 'personality'.