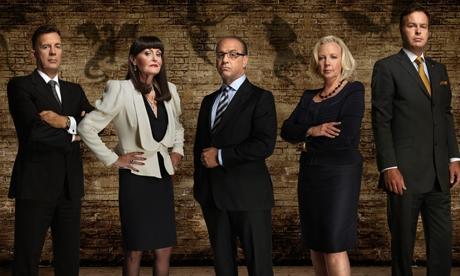 Entrepreneurs should aspire to become inspirational business leaders like those on Dragon's Den and stop "demonising" bankers and big businesses, the president of the Confederation of British Industry (CBI) has said.

Sir Rodger Carr told delegates at the CBI Annual Conference that successful television personalities such as Peter Jones and Duncan Bannatyne represent the best of British business leadership and confidence.

Carr says that the public should focus it's attention on becoming more like these "competent, focused and able risk takers" rather than focus it's negativity on faceless individuals in the banking sector for example.

"No-one objects to their wealth: they aspire to it. In their case it's seen as fair reward for entrepreneurial endeavour and hard work, not fat cattery," Carr told the conference, reports Grapevine Magazine.

"We know what the public likes about the entrepreneurial dragons, [and] it's pretty evident what the public don't like about the demons: reward for failure; high incomes for mediocre performance; lies; half-truths and hidden agendas; skulduggery; market abuse; corporate-speak and incompetence. Neither do I."

The CBI president, and owner of British Gas, added that those who truly engage with their leadership development will act responsibly in the way they pay themselves, and conduct themselves accordingly in every aspect of business life.

It is only when this happens that businesses and their leaders will once again become "valued, not vilified," he said, according to Investment Week.