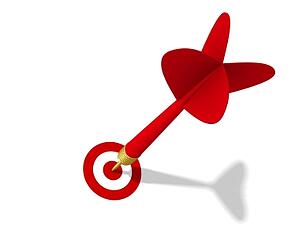 A purpose that goes beyond operational goals has been defined as one of the most important attributes to a business.

That's according to a report titled 'Crunch Time: the Power of Purpose', as part of a study conducted by YouGov on behalf of Calling Brands, reports hrmagazine.co.uk.

It found that out of the 4,202 people asked, company purpose was ranked as the second most important for employees; taking 18 per cent of votes. Pay and benefits dominated the survey, taking 52 per cent share of the vote.

Considering that company purpose ranked ahead of work culture (17 per cent), responsibility (seven per cent) and opportunity for promotion (six per cent), the study serves to highlight some of the services that business owners - perhaps those thinking, "I'm struggling to run my business!" - should be focusing on.

In addition, a country average of 65 per cent said they would go the extra mile in their jobs if they were working for an organisation with a 'purpose', described by callingbrands.com as a 'deeper role that goes beyond satisfying commercial and operational goals'.

Brook Calverly, senior consultant at Calling Brands, commented on the survey: "People's attitudes towards the level of engagement and satisfaction a job is expected to deliver have changed dramatically.

"Our report demonstrates how employees are increasingly seeking intangible advantages from their jobs beyond pay, benefits and career prospects - and how important it has become for companies to act on this change," he added.