Corbyn or May: What type of leader are you?

Leading the country is not quite the same as running a business, however large - although if Trump’s win in the US is anything to go by, those lines are becoming increasingly blurred.

There are, however, more similarities than differences in the hard and soft skills required for both effective Prime Ministership and business leadership. For success in either role, you will need to combine a clear vision for the future with the ability to win support from staff and stakeholders. But since there are as many different types of leader as there are businesses, sometimes what makes a great leader is their individuality.

Here, we take a light-hearted look at some of the distinctive leadership styles seen in the run up to the 2017 General Election. See if you can spot yourself in any of them - are you red, blue, or an altogether different hue?

The self-confessed ‘strong and stable’ type

Let’s start with Theresa May: she is, after all, the current leader of the country, whatever happens on June 8th.

You might say that May possesses all the traditional characteristics of a (surprise surprise) Conservative leadership style - note the capital C. Much has been made of her solid work ethic, and serious manner of getting the job done. Shoes aside, frivolity is not her style.

Any period of change in business - from navigating a merger to relocating offices - puts strength of leadership under the spotlight. Brexit will herald the biggest period of national change in most of our lifetimes, and how Theresa May (or, indeed, her successor) chooses to guide the country through this period of unprecedented change can teach us a lot about effective leadership.

Language is important: in May’s case, much has already been made of her unique linguistic ability to speak almost exclusively on the subject of the UK’s departure from the EU in soundbites. While this makes for some great headlines, terms such as ‘Brexit means Brexit’ lack a key component of effective change management - clarity. Even the Queen has reportedly been heard to grumble about the woolliness of May’s rhetoric.

Comparisons, flattering and otherwise, have naturally been made with Margaret Thatcher - for neither gender nor footwear reasons, but because May is a self-proclaimed “bloody difficult woman”. Other words used to describe her range from ‘inscrutable’ to ‘belligerent’ all the way through to ‘control freak’, building a picture of a leader who likes to be in control at every step.

Neither is small talk her thing - hardly a ‘must have’ for effective leadership by any definition, but approachability is nevertheless a desirable quality to have if you are to engage and persuade. Of course, there is no mandate to be everybody’s best friend: the curse of leadership is that sometimes you have to make difficult, unpopular decisions for the greater good - something Theresa May is no doubt learning.

Control - of your business' direction, aims, and bottom line - is an essential prerequisite for effective leadership. But the manner in which it is gained varies greatly from leader to leader. Do you prefer to lead through detail or delegation? Theresa May, if accounts of her micromanaging over the Hinkley Point project are to be believed, falls into the former camp, preferring a formalised working structure and reporting lines. In sharp contrast to the ‘sofa government’ days of David Cameron - with its no-shoes policy and discursive environment - May’s cabinet briefings are apparently much more staid affairs.

The grassroots, ‘champion of the people’ type

It will offer little surprise, given the chasm between the two party’s guiding principles, that the differences between Theresa May and Jeremy Corbyn’s leadership styles are one of the biggest seen in recent history; certainly more distinct than that of the Cameron/Brown days.

A self-confessed ‘man of the people’, if Corbyn becomes our next Prime Minister then Downing Street could well become a place of dress-down Fridays and open-door Tuesdays.

Corbyn’s leadership style is very much based on the moral authority that guides his policies. Propelled by these principles, his brand of leadership is collective and inclusive, driven by a fundamental belief in a fairer society. The problem - for any business leader - with always trying to do the right thing, is that you simply cannot please everybody all the time, and in trying to do so you may, like Corbyn, end up alienating your core stakeholders.

Though Corbyn exudes principled integrity in spades, that same energy isn’t always translated into what we’ve come to recognise as political charisma. Because of this, we often hear the same refrain from his critics - that he’s not a ‘real leader’, and lacks the innate authority needed to command respect from his MPs. This raises an interesting discussion on what it really means to lead: as a CEO or manager: is it your job to ‘tell’ or simply to ‘guide’?

You may see yourself as a Corbynite leader - in form if not in political substance - if you generally favour empowering others to make their own decisions over strict departmental control. Corbyn himself argues against the myth of Theresa May’s definition of ‘strong’, saying “I recognise strong leadership as equipping you with more power”, focusing on the facilitation of a more collaborative, warmer style of leadership.

Offering a direct contrast to May, Corbyn admits he is “not interested in the stuff of soundbites” and as such projects a genuine authenticity that captures the attention of ordinary people, although it is this very quality that sometimes prevents him from being taken seriously by his contemporaries.

While it sometimes feels like it, the election is not a two-horse race: nestling in between the solid yet prescriptive stability of Theresa May, and Jeremy Corbyn’s own brand of down to earth ‘everyman’ style, there are many others in between.

Middle of the road, calm and clinical, or full-on collaboration?

Perhaps you’re more of a Tim Farron - who, according to polls, arouses neither hostility nor warmth in people. Indifference is not necessarily a bad thing - leadership is not a popularity contest after all - but strength of character is generally a marker of resilience, a trait important in both politics and business leadership.

You may well see yourself as a Nicola Sturgeon, who, like Theresa May, displays a “calm and clinical efficiency”, with the ability to make quick and well-informed decisions. Unlike Theresa May however, Sturgeon is much more of an open book when speaking in public, possessing a directness that translates whether she is persuading peers or talking to the masses.

Or maybe you believe that the very essence of ‘leadership’ needs to be overturned, and favour a more collaborative approach entirely. If you co-lead in a partnership, you’re in good company with Green Party ‘dream-team’ leaders Caroline Lucas and Jonathan Bartley.

What does the perfect leader in business look like? We’re inclined to say none of the above in singularity, but rather an amalgamation of a strong identity, a principled approach, and the desire to listen as well as tell. 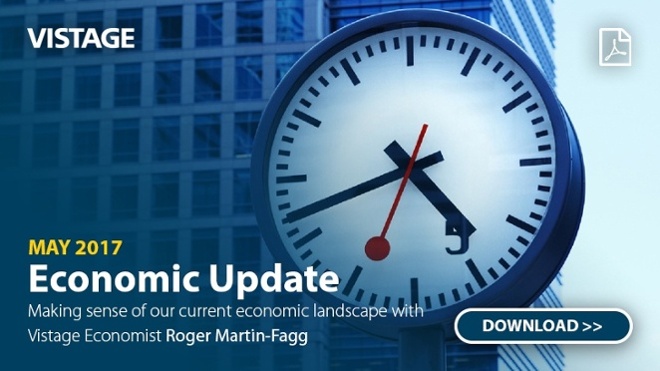