Post-Article 50: What Brexit means for trade tariffs and workforce mobility

According to Deloitte’s European CFO Survey, Brexit is currently the most intimidating business prospect in Europe. Over 1,110 CFOs responded, and 37% believed Brexit was having or would have a negative impact on their business. Their primary concern is non-tariff barriers to trade - the increased complexity and costs involved in meeting different regulations across EU borders. Reduced workforce mobility and rising trade tariffs came in a close second and third.

So, now that Theresa May has finally pulled the trigger on Article 50 to start Brexit negotiations proper, let’s look at those three main concerns in more detail and ask what it all means for British businesses.

Non-tariff barriers are “behind the border” measures - individual states’ domestic laws and regulations covering areas including recruitment, trademarking and data protection. They’re often intended to meet social objectives or correct failures in supply, rather than to directly restrict foreign suppliers, but they can have a strong effect on market access. In general, services markets are more highly regulated than goods markets.

Because these regulations exist at the individual state level, there is no fully level playing field for services trading within the EU. Exporters from within or outside the EU face different levels of market access in individual member states.

However, the level of access for UK exporters is likely to be more limited post-Brexit. Many domestic laws do not apply to other EU member states, but would apply to post-Brexit Britain. The EU has harmonised regulation and supervision in several large services sectors, but this harmony does not exist under the General Agreement of Trade in Services (GATS) arrangements which the EU makes with non-member states. Without the right of commercial establishment and the EU’s competition policy, UK businesses will struggle to establish a front-line presence in EU territory.

In the long term, these non-tariff barriers will take at least a decade to resolve. There are 1200 EU laws integrated with UK law, and trading with the EU will still require that UK goods and services conform with EU technical standards.

Vistage partner Irwin Mitchell has provided some initial responses to these issues, and will continue to update them as the Brexit negotiations continue.

Free movement of individuals is a key tenet of the EU. Continued free movement of people is likely to be a condition of continued full access to the EU market, given existing EU-Switzerland and EU-Norway trade deals. The Swiss deal is of particular interest since, after a 2014 referendum in which a slim majority of Swiss voted to limit mass migration, the EU warned Switzerland that banning EU workers will result in the end of their trade agreement. This demonstrates the importance of free movement as a condition within EU trade deals.

For some industries, workforce mobility is crucial. In construction, growth outstrips local talent; nearly 12% of the UK’s 2.1 million construction workers come from the EU. Digital tech - a growing sector of the British economy, currently generating £100bn per year and employing 1.5 million people - is dependent on the free movement of talent as catalyst and fuel for innovation. 19.3% of British digital tech businesses currently source talent from the EU, against 15.6% from beyond the EU, indicating a definite drop in the talent pool if freedom of movement is not preserved. Team building: Nearly 12% of the UK's construction workers come from the EU

Other industries - legal services, worth £3.6bn and growing 8% in 2015, and pharma, worth 10% of the UK’s GDP and employing 700,000 people in Europe - rely on the freedom of British talent to operate in EU territory on European projects.

Freedom of movement is perhaps a more industry-scale concern than tariff and non-tariff barriers. Individual businesses can brace for impact by diversifying, recruiting and training their talent and project pools to ensure their UK business is as robust as it can be, and their EU operations are prepared for independent operations.

EU trade tariffs are governed by the World Trade Organisation’s principle of non-discrimination: the tariff which applies to the most favoured nation (MFN) must apply to all. In practice this means that neither the EU nor the UK can impose tariffs which specifically ‘punish’ the other for Brexit.

However, post-Brexit Britain would be subject to the EU’s MFN tariff - a trade-weighted average of 1.5%, which would apply to 90% of the UK’s goods exports. This would make British exporters less competitive in the EU market, compared to exporters who did not have to adjust prices in response to the tariff.

In terms of imports, post-Brexit Britain would likely inherit the EU’s tariff regime, meaning higher prices on EU goods imported to the UK. Given that some tariffs are as high as 32%, this would result in significant price rises in some sectors - including cars and alcohol, areas where the UK runs a substantial trade deficit with the EU. That said, post-Brexit Britain would be able to pursue alternative goods deals with non-EU nations - car manufacturing could be relocated to China, while alcohol exports to India could benefit from renegotiated tariffs, unbound by EU regulations.

UK financial services have such a substantial presence in the EU sector (including a £19.9bn trade surplus) that the City has advocated for a unique trade deal, similar to that between the EU and Switzerland, which would preserve the opportunity for trade without entering into European Economic Area membership - a compromised position which would rather negate the point of pushing for Brexit in the first place.

In the long run, even a hard Brexit offers potential benefits for British exports. This includes the ability to pursue lighter and more tailored regulation for trade, and the ability to strike individual deals that would not be possible in a club with 28 members and rigorous competition rules. Agility, resilience and adaptability will serve businesses well, whether they’re buying, selling or recruiting abroad.

5% of respondents to the Deloitte survey saw Brexit as a potential or actual positive. Even the naysayers expected to see their businesses cope with the difficulties they feared, and predicted growth over the next 12 months. They may well be right.

As Vistage speaker and behavioural economist Roger Martin-Fagg puts it, companies trade with one another - not countries. For all our concerns about Brexit, we should bear in mind that trade, like life, finds a way. The present uncertainty will pass. Time will tell. 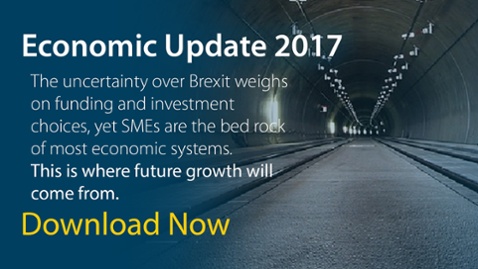