The 5 Pillars of Resilience that Every Business Leader Should Overcome When our expectations aren’t met - when we’ve encountered setbacks, surprises or sudden changes of circumstance - we’re faced with a choice. We can decide we were wrong, and adjust our expectations downwards, or we can show resilience - bounce back from a setback and continue expecting more for ourselves.

Marcus talks about resilience in terms of five pillars: five key areas in which successful business leaders can build themselves up so they’re stronger in the face of adversity.

Those pillars - mental toughness, physical robustness, emotional completeness, social adeptness and meaningfulness - are traits which business leaders should strive towards to improve resilience.

So let’s look at each in more detail, highlighting some real-world examples and some actionable advice to make them work for you.

This is about confidence and conviction - the security of our position when people and circumstances are wearing away at our beliefs and expectations, and our sustained focus on achieving our goals when everything is going well.

The idea of mental toughness originates in sports psychology, in the mindset of elite athletes and coaches. Peter Clough and his colleagues created a ‘4 Cs’ model, describing it in terms of confidence, challenge, control and commitment. When Clough took the 4 Cs model out of the sporting world and into business, he found that the same qualities were present in successful senior managers; that they increased with exposure to significant life events; and that they could be trained.

Mental toughness isn’t about being a ‘tough’, bullish force in the boardroom, though. Ed Catmull, co-founder of Pixar Studios, was in awe of his colleague and investor, the late Steve Jobs. Jobs was notorious for his rough-edged, take-no-prisoners management style, and he brought this to his leadership role at Pixar - to begin with.

Now, after years of partnership, Catmull admits that Jobs’ approach wasn’t always the right one. Working with Pixar changed Jobs into someone who realised that being hard on people actually sapped their energy, and made them less able to deliver. Okay, not entirely. He was still a famed perfectionist to the end. But he realised that there were other experts in the business who knew more than him on certain matters.

Building mental toughness means fighting off the impostor syndrome that says you’re not a boss unless you act like one. Leaders don’t have to feel or act a specific way to be successful - but they do have to handle their fear and stand by their convictions and choices when times are hard.

The rigours of the day take their toll on our resilience. Nobody wants to hear bad news half an hour from home-time, but it’s bound to happen - and if we’re physically robust, we’re less likely to be tired, cross, and prone to shooting the messenger.

Building physical robustness doesn’t mean spending two hours at the gym every day. It’s more about establishing a routine that sets you up for the day, gives you time to breathe and replenish your energy in between tasks, and allows you some off-time (which you could spend at the gym if you felt like it).

Checking out eight successful people’s breakfasts reveals a common theme. They all involve a structured start to the day, whether that’s a workout, music, meditation or jumping straight on the email. What that start involves matters less than its being there: the point is that there’s no room for vagueness and lost time.

Working through the day and not stopping for breaks is a killer. Celestine Chua’s advice about productivity holds true for robustness, too: rest doesn’t stop us from getting things done. It refreshes us and enables us to maintain high output when we are working, rather than spiralling off towards the end of the day. Vistage speaker Dr. Dorian Dugmore calls people who do this ‘corporate athletes’ - they recognise they’re training for the long haul, and they shape their habits accordingly.

Emotionally complete leaders are capable of keeping their heads when all around are losing theirs, to steal a phrase. Vistage speaker and mediator Lynn Leahy attributes success to emotional intelligence quotient - EQ - rather than the raw intellectual processing power measured by IQ. EQ governs our awareness of and reactions to the situations we’re in. Research by Forbes has established that higher EQ correlates to higher success at every level of management - but has also established that leadership environments tend to erode emotional intelligence.

Self-monitoring is the key to maintaining and building emotional completeness. It’s about checking ourselves: recognising when we’re failing to acknowledge other people’s feelings, when we’re not expressing our own positive feelings, and exactly why we’re behaving impulsively when we lose our self-control.

It also helps to watch what we’re saying. When we’re thinking negatively, using words like “never” and “worst” to describe ourselves, writing those thoughts down and evaluating them against the facts can stop them in their tracks.

When our emotions are getting the better of us, a breath and a filler phrase give us time to manage the adrenaline and think about the situation and stimulus we’re facing. It’s the kind of self-management that world famous neurologist and psychologist Professor Steve Peters describes as ‘managing your chimp’ - taking control of the instinctive, often self-destructive ways in which we react to problems without thinking about them like humans.

On a simple, practical level, a good night’s sleep helps maintain emotional completeness by giving us a chance to process our feelings - and avoid increasing stress hormone levels through sleep deprivation. We have to remember this kind of low-level self-care is ongoing. One good night’s sleep a week won’t compensate for six nights’ restlessness, and the occasional all-nighter doesn’t undo all our good work.

Terry Paulson - psychologist and author of They Shoot Managers, Don’t They? - claims that we make between 300 to 400 self-evaluations every day, and that 80% of these evaluations are negative. Despite this, we present ourselves as competent when we’re dealing with others, and become dependent on their approval to contradict our own self-image.

The first step to social adeptness is recognising that everyone does this. Our most vocal critics - those who complain constantly, question our decisions or flat-out dislike us - are only human, and have the same doubts, fronts and self-biases that we do.

The second is recognising that criticism is a natural part of leadership. If we’re not being criticised, we’re not leading effectively. Our role is to serve the goals and objectives of the organisations we lead - not to make everyone happy. That doesn’t mean we ignore our critics, but it does mean we have to confront them with the facts at hand, without personal investment in our decisions. Listen, acknowledge, consider and learn - but don’t react until you’ve had time to weigh the criticism against the facts.

Keeping our self-esteem up isn’t just about handling other people, though. It’s also about managing and finding worth in ourselves, which is where the last pillar comes in.

It’s worth noting that we can be happy in a job without finding it meaningful. A study by the University of Carolina found a 75% match between high levels of happiness and low levels of meaning; a similar study by the Energy Project found 50% of respondents lacked a sense of meaningfulness at work.

Trite as it sounds, according to one Stanford research project, meaningfulness comes from giving - suspending one’s own wants and desires and making sacrifices for the sake of something else. Focusing on the benefit our work has to others reminds us that what we do matters - that it’s not something that exists between us and our take-home pay. Meaningfulness is the major pillar of resilience - when we’re doing something for a reason, it supports our resilience in all the other ways.

While each pillar is a strength for business leaders, each works to the same end: continuous self-improvement.

Another of our speakers, Floyd Woodrow, talks about the warrior spirit - the strength of character that’s needed to develop toward our vision of ourselves. This process of vision and visualisation isn’t a far-off goal; it’s a series of stages we work through. Focusing on an achievable target allows us to power through and achieve that target. This is a kind of resilience, and it’s also a way of building resilience.

Working on one of the five pillars improves the others. Becoming physically fitter and stronger fuels our sense of meaningfulness - we’re not doing it for its own sake, but to be better leaders. The discipline involved builds mental toughness. Working out with our colleagues builds social adeptness by reminding us that everybody struggles, and burns off the stress that damages our emotional completeness.

Resilience isn’t something we achieve once. It’s not something we work at for a while and then it’s done and we’re on to the next stage in our self-improvement plan. It’s iterative: something we build and maintain throughout our careers.

As T.S. Eliot famously said: “The journey, not the destination matters...” 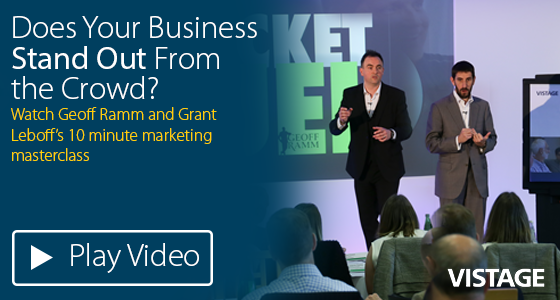