Is decision fatigue holding back your business? 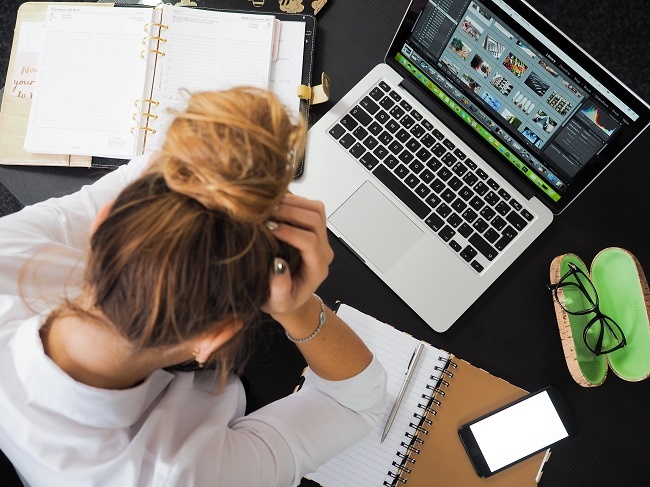 Physical fatigue is easy to spot. You feel it in your bones, you see it in the mirror. Your body aches, you’re exhausted, and you just want to stop and lie down. Other types of fatigue are less easy to detect but can be just as debilitating - and these include decision fatigue.

The average adult makes around 35,000 decisions every day. Although many of these will be tiny - what cup to have your coffee in or which socks to wear - they are decisions nonetheless, and they take their toll. Just as you wouldn’t expect someone to do endless squats without muscle fatigue, so the myriad choices we make daily can deplete our mental energy - leaving us unable to make one more decision.

By the end of the day, even the most insignificant decisions become challenging, tempers become frayed, and your brain looks for shortcuts. These normally take one of two forms: quick, impulsive choices or (the most energy saving) doing nothing at all.

When it comes to running a business, decision fatigue is more than a pain in the cranium; it seriously diminishes your ability to make important decisions. At best it can lead to illogical, snap decisions, and at worst to inertia. So how do you know if you’re suffering from decision fatigue? And what can you do about it?

How to spot decision fatigue

The first and most crucial step in fighting decision fatigue is recognising it. Its invisibility and the fact that we all experience it at times can make it difficult to detect, but there are some key signs to look out for in your team and yourself:

If a particular project isn’t progressing or the overall growth of the company is slowing, decision fatigue could be to blame. When you don’t make decisions, it creates congestion. These bottlenecks slow down change or can even bring it to a grinding halt.

Procrastination is a primary symptom of decision fatigue. Are deadlines being pushed back? Are clients chasing you? If everything seems to be getting delayed, it could be due to a lack of decisive action.

The lights are on, but nobody’s home

Do you find yourself staring blankly at a screen trying to make a simple choice? Does a straightforward decision suddenly seem baffling? This type of decision paralysis is one of the most apparent signs of decision fatigue. Your brain is tired, so even the most minuscule of decisions seems insurmountable.

Sometimes our impulsive decisions are the best ones. Following your instincts and intuition can result in something truly original or game-changing. However, if you’re routinely making snap decisions, it’s unlikely the outcomes will be positive. Lack of appropriate thought or emotive decision-making is a surefire sign that you’re fatigued.

How to fight decision fatigue

If you think you’re suffering from decision fatigue, countering it is easier than you might think. By making a few simple changes, you can reduce the strain, achieve greater clarity and ultimately become more productive.

Barack Obama famously wore the same suit every day when he was president. Not because he was sartorially challenged, but because he wanted to save his mental energy for more important decisions.

In a 2014 interview with Vanity Fair, he said: “You’ll see I wear only gray or blue suits… I’m trying to pare down decisions. I don’t want to make decisions about what I’m eating or wearing. Because I have too many other decisions to make.” Similarly, Steve Jobs opted to wear his signature turtleneck top each day so he could focus his mind on more pressing matters.

While nobody is suggesting you chuck out your clothes and replace them with twenty black turtlenecks, creating rules and routines is an effective way of conserving your mental acuity for the things that really matter. Taking a few minutes to plan what you’re going to wear and eat for the week leaves more space for making critical business decisions. Your decision-making ability is finite, so save it for the things that count.

However you say it, the sentiment is the same. If a decision seems daunting, that’s all the more reason to face it head-on. Your mind is at its most clear and productive in the morning so making that decision now will be much easier than later in the day.

If you procrastinate and leave it for later, it will follow you around all day like an ominous rain cloud. By late afternoon, that same task will seem much more onerous, and the chances are it won’t get done at all. Conversely, if you ‘just do it’ first thing, you start the day with a win and a motivating feeling of positivity. Crucially, you can tick that dreaded frog off your to-do list.

Getting it done vs. perfection

When decisions linger, they’re not out of sight, out of mind. You carry them around with you like so much cognitive luggage. They weigh you down, drain your energy and can compound feelings of stress or anxiety. Drawn out decision-making can also create confusion or inertia within your team who may be waiting for a decision in order to move forward.

Although it may seem that taking longer to decide will result in a better outcome, that’s simply not true. The reality is that when decisions are stretched out, more choices are identified and the process actually becomes harder. This phenomenon, known as the paradox of choice, also creates unrealistic expectations, making it more likely you’ll be dissatisfied with the outcome, no matter what it is.

Having a time-frame for important decisions is vital. Without parameters, decisions can take much longer than they should and the effects can have significant consequences for your business. Don’t wait for perfect - it doesn’t exist. Instead set a strict deadline and stick to it.

When we continuously try to multi-task, we tend to make all our tasks harder. Reducing or compartmentalising distractions can help you concentrate entirely on the decision you’re facing. This focus on focus makes it both easier to decide and more likely that you’ll make a good choice.

Set aside specific times to check emails or social media and stick to the plan. When it’s time to get back to work, avoid temptation by making sure your phone is somewhere else.

If you’ve got a busy work day ahead, try to keep your personal life separate. Browsing online to look for a present or book a holiday might seem innocuous, but if you have important business decisions to make, it could contribute to feeling mentally drained.

When children get fatigued they let us know. They get grumpy, they have tantrums, they act impulsively. While most adults are unlikely to lie on a supermarket floor screaming, scratch beneath the surface and we’re not so different from toddlers - the signs are just a little less obvious.

If you or your team members seem temperamental, irritable or seem to be making rash decisions, it’s time to take a break. Try to pinpoint the problem and act accordingly. Have you eaten? When was the last time you had some fresh air? Is it time for a holiday? Which leads us neatly on to…

Stepping away is so simple we often forget about it, but when it comes to any type of fatigue, a change is definitely as good as a rest. Even a short break can help us recharge and come back feeling better equipped to face decisions.

If your muscles ache, you give them a chance to recover; you eat the right things, you hydrate, you rest. Decision fatigue should be treated in the same way. Being kind to yourself, having a change of scenery and nourishing your mind and body will replenish your mental energy. So if you think you or your team are suffering from decision fatigue, fight the urge to carry on regardless and take a much-needed breather.


When it comes to decision fatigue, recognising the problem is half the battle. Simply being aware that you don’t have endless resources is likely to make all the difference. The key is simplification: eat the frog, stick to deadlines and limit choice wherever possible. After all, if it’s good enough for Barack Obama...