Don't be a hero: How the 'superleader' hinders rather than helps business growth 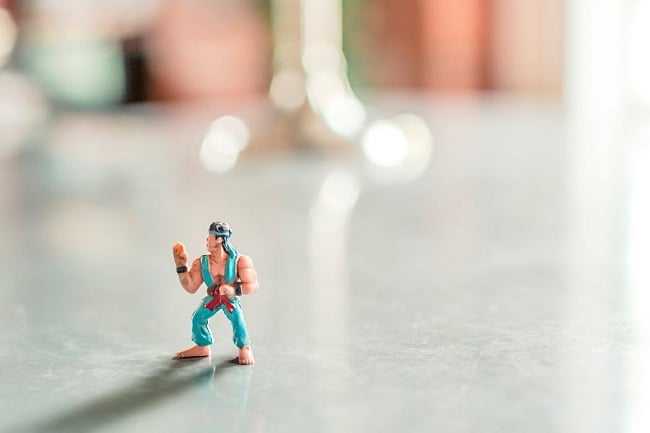 We live in a hero-worshipping culture; one in which individual strength, success and achievement are held up as ideals to emulate and deify. From film stars and singers to sporting champions and politicians, we’re naturally drawn to those who seem superhuman.

The idea of the lone hero - one who is deemed more capable, more dedicated and more powerful than the rest of us - at first glance appears to be a wholly positive image, both in comic books and in business. Just like Superman, the superleader can save us, inspire us and lead us to great success!

In the past, there was probably some truth in this. Iconic leaders like Henry Ford or John D. Rockefeller were top-down, autocratic leaders with great singularity of focus. They made the decisions and gave the final word - but they operated in a different time.

Today’s business world is much more complex and multi-faceted - and no matter how brilliant, one person simply cannot do it all. In fact by trying to, they can actually hinder growth rather than promote it. Instead of engaging, they run the risk of alienating, and instead of working to live, they live to work.

So what exactly does a superleader look like? What’s the problem with heroic leadership? And how can you change it?

The anatomy of the hero

The superleader has many positive traits, don’t get us wrong. The dedication, the love of the business, the drive and passion to get things done are invaluable to the growth of the company. Often, a business wouldn’t not have survived so long without their tenacity. But they aren’t without their faults either. Namely:

Heroic leaders like to micromanage. A lot. They fear that without their constant supervision and attention to detail, something might slip through the net or be overlooked. In short, they don’t completely trust anyone else to complete tasks to their exacting standards.

Superleaders often embody an autocratic style of management. Instead of being open to collaboration, they’re likely to think they know best. As a leader, they believe they should have all the answers to all the problems and therefore their word is final. They make decisions unilaterally, expect them to be upheld and don’t take kindly to being challenged.

A key feature of heroic supeleaders is that they make themselves the conduit for all key relationships with suppliers and affiliates. Every business connection has to go through them.

The superleader doesn’t sleep. OK, they do, but just as Clark Kent transforms into Superman within seconds or Bruce Wayne becomes Batman, the heroic leader is always ready for action. They reply to emails at all hours, work long days (and nights) and never take their eye off the business. Work is often their main focus, even if it’s to the detriment of other aspects of their life.

Superleaders don’t even know the meaning of the word ‘delegate’. They try to do everything themselves and if they do begrudgingly pass something to someone else, they don’t actually let go (see micromanagement). Their expectations of themselves are incredibly high - they feel they should be able to do it all.

The problem with the hero

Looking at the list above, it’s not hard to see what the potential pitfalls are. Unless you can fly at lightning speed, expecting yourself to do everything, be everywhere and essentially have your fingers in every pie, is exhausting, stressful, and ultimately, untenable.

From affecting your sleep to increasing stress hormones like cortisol (which if prolonged can contribute to type 2 diabetes and heart disease), working intensely for long periods is not good for your health. It’s likely to result in burn-out, or worse, a chronic health problem.

If you don’t switch off, it doesn’t just affect you but also those closest to you. Familial relationships can suffer or even break down, and you could miss out on the things you should be enjoying as a result of constant pressure and distraction.

Then there are the people around you at work. If you constantly micromanage, you don’t give people any breathing space. Most notably, you don’t make them feel trusted or valued. This can lead to employees feeling unhappy or frustrated. Ultimately, it can have an adverse effect on productivity.

The most effective leaders facilitate the growth of the people around them; they know that great ideas can come from anyone so they give team members the chance to share and collaborate. They also know that people usually thrive when they’re given responsibility and trusted to take charge. In contrast, superleaders can often overlook talent or ability by thinking that only they have the answers.

The most detrimental effect of heroic leadership falls ironically on the thing you’re trying hardest to improve: the business itself. This type of leadership model is not scalable nor does it provide a solid foundation for consistency.

Businesses need repeatable systems and processes to deliver consistent results and achieve sustainable growth. When one person is trying to be and do all, there is no system - it’s just you frantically trying to spin plates. If the business can’t function without you being there, you have a problem.

If the superleader does it all, they become the most valuable asset in the business. So what happens when they’re not there? Or more importantly, what happens if they want to sell the business? They might find the business is not worth very much without them.

One person who knows what it’s like to be a superleader is Craig Fletcher (above). When he started his gaming company, Multiplay, he was spending 43 hours a week dealing with finances alone, on top of running the business. As he says, ‘anyone who’s built a business knows you have to be a jack of all trades. Some things you’re good at, some things you’re not so good at.’

As Craig’s business grew, doing everything and being everywhere became increasingly stressful and unrealistic. That’s when he turned to Vistage. Talking about the challenges he faced helped him find ways to continue to grow the business without working himself into the ground.

How to become a post-heroic leader

If you think you might be a heroic, lone wolf, it’s not all doom and gloom. When businesses are starting up, this type of leadership is often exactly what is needed: an omnipresent, ultra-focussed force that can pull things back from the brink of defeat, improvise in tricky situations and make fearless decisions.

However, when a business grows, heroic leadership can become its kryptonite. Most businesses require a different type of leader to achieve growth: the post-heroic leader. With a simple few tweaks, you can become less like Superman and more like Clark Kent.

Becoming this type of leader is all about focussing on the team rather than the individual. Remind yourself that you’re not doing it alone. You have a team of people around you with skills, ideas and voices.

So give them a platform to speak; ask team members for their opinions on specific projects or dedicate a day to discussing new ideas. When you’re faced with a problem, open it up to everyone. You still make the final decision but the responses might surprise you. This approach will boost morale, improve productivity and promote an ideas-driven culture of openness.

Challenge yourself to let go and delegate. If the idea of handing something over without interference seems too much, ask yourself, what’s the worst that can happen? Start with something small and gradually build up to entire processes or projects. As previously mentioned, it’s crucial that systems are repeatable and consistent so allowing other people to take charge and learn will actually add value to the business. It will also take some of the pressure off you so you have time to focus on other things.

This is a bit like one of those trust exercises where you let yourself fall backwards, hoping the group will catch you. And they will. Give yourself designated working hours and when they’re done, switch off. Don’t check emails at 2am, don’t check in at work when you’re supposed to be having down time. Even making small changes can make a big difference to your stress levels, so be kind to yourself.


People need strong, inspirational leaders, but they don’t always need to be saved. As a leader, if you inspire people to follow without ever allowing them to take charge - what is that really worth?

The truth about superheroes is they don’t actually do it alone. Behind the scenes, there’s always an Alfred helping Batman, a Pepper Potts assisting Iron Man, or a Lois Lane supporting Superman. For a business to keep growing and adapting, it takes more than one person trying to be the eponymous jack of all trades. It takes a team, facilitated by the type of leader who understands the power of empowering others.