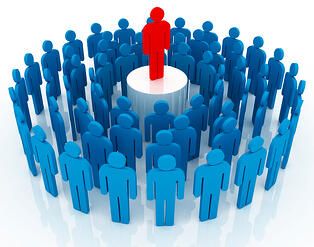 Half of business bosses believe that the responsibility for driving growth lays with the company CEO, according to new research by the Institute of Leadership and Management (ILM).

A survey of 1,000 managers revealed that the majority feel their organisation's output will grow over the next 12 months, but that the CEO is accountable for initiating such improvements. However, a confidence-boosting 79 per cent believed in their leader's ability to deliver.

The survey highlighted 'an underlying sense of confidence' in the economy, in which almost three quarters of respondents felt their company was well placed to capitalise on growth opportunities. 85 per cent asserted that growth was the number one business priority.

ILM chief executive, Charles Elvin highlighted that the response indicated the importance of "effective leadership and managerial skills" as key and that shortages of such skills were a huge challenge for businesses. Availability of support and development for all managers, he said, was critical for growth.

The deficiency was recognised by respondents, a quarter of whom named the shortage of skilled staff as a barrier to growth. As such, 20 per cent believed more money should be spent on training.

Mr Elvin said: "With our faltering economic recovery and recent reports of a double dip recession, it is encouraging to see high levels of confidence and optimism amongst UK managers.

"Now, more than ever, it is important that business leaders equip employees with the skills they need for a better performing workforce in order to optimise organisational performance and move towards sustained growth."