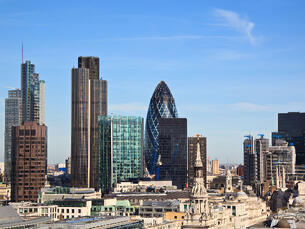 Employers in London are being urged to extend flexible working arrangements to September, to prevent disruption while the Paralymipc Games takes place, lbc.co.uk reports.

Most businesses that are situated close to the Games venues will hopefully by now have put in place a contingency plan, allowing employees to work from remote locations or at more flexible times. Certainly those with the aim of prospering in austerity might, as flexible options should ensure productivity levels are not affected too much.

However, Transport for London (TfL) is emphasising that contrary to popular belief, the capital will not simply revert back to normal once the Olympics ends. It will remain busy throughout the duration of the Paralympic Games in August and September.

TfL, which has released a list of the rail and tube stations which are most widely expected to be the busiest, says that people could have to wait 30 minutes before getting on a tube train at peak times - according to thisislondon.co.uk.

Consequently, employers are being advised to allow their workforce to continue to work remotely or at different hours.

A TfL spokesman said: "The impact of the Games on the public transport network will be tackled by a reduction in those planning to travel; through working at alternative locations including home, staggering working hours, working longer or fewer days, taking annual leave or swapping to alternative forms of transport."