How Your Body Language Can Affect Your Business Success

Non-verbal communication really is a key contributor to a successful career in business. Have you ever considered how the way that you use your hands, or the openness of your body and the subtleties in your facial expressions could be the difference between winning that deal, or damaging your well-earned reputation?

Depending on the study, non-verbal communication counts for somewhere between 75% and 90% of our all communication. So, even if you know the basics, there may be many non-verbal elements that could be hurting your success.

Remember the power-dressing of the 1980s? Shoulder pads and colourful ‘accents’ the size of your torso, were all in an attempt to make a person look physically bigger, to give the physical impression of dominance.

Although those days are gone (for the majority of us), the legacy of power-dressing has taken on a new lease of life within the learnings of a recent TEDtalk from Amy Cuddy on 'The power of Your Posture'.

Experiments were held into self-confidence and body language and results showed that instead of using a powerful posture in the moment itself,  power posing in private for only 2 minutes before a stressful or intimidating encounter yielded results of improved confidence and ensured a more positive outcome.

So next time you’ve got a meeting that simply can’t go wrong, banish those negative thoughts by exercising the 2-minute power pose.

You know when you’re having a conversation with someone face to face, but you just don’t feel like you’re on the right page?

When this situation comes up again, try looking at them. Not just maintaining eye contact, that’s a social given, but look at the position they are standing in. Are their feet together, their hands crossed?

Then look at the way you’re standing. If you’re posture is different, this could be the reason you are not communicating effectively. To get people on board, they need to empathise with your beliefs and ideas, studies show that empathy can be shown in echoing each other’s posture.

A lot of this we do anyway, on a subconscious level. Our heart rates and breathing patterns even tend to sync with those around us. However, if something isn’t gelling with a client or partner and you’re not standing in the same way, something as simple as changing your posture to match theirs could help the situation.

Respecting personal space is a universally known rule, and there is nothing worse than a staff member who is touching noses with you. Having said that, certain research has shown that a simple touch lasting no longer than half a second, can have a quite a large positive effect on the way you are perceived as a leader.

An experiment was carried out by the University of Connecticut where library assistants would touch or not touch people’s hand when returning a library card to students. Following this, the students were asked to do a survey on their customer experience.

The results showed a more positive response to the person, the encounter and the environment of the library, when touched for less than 1 second. Imagine what effect a simple touch, for example a handshake or passing over a proposal with a brief touch, could do to influence your success.

These are just few examples of how you can use it to your advantage in business and the debate and research into non-verbal communication is extensive and ever-growing.

Do you think you could put any of these into pratice right away? 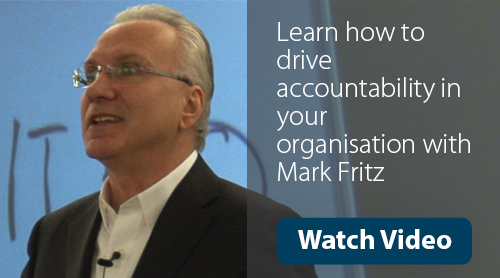