How to Be a Great Leader with Lessons from David Marquet 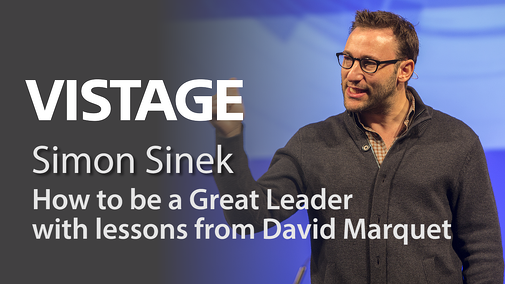 Being a smart leader is good, but the key to great leadership is empowering your people. Simon Sinek shares the powerful story of naval submarine Captain David Marquet and how he came to realise that even though the people at the top of an organisation have all of the authority, the people at the bottom have all the information.

At one of our Vistage events, Simon Sinek renowned leadership expert and author of 'Leaders Eat Last', answered some of our audience's questions about leadership. Watch the video below to find out more.
Transcribe below: (Video 5 minutes)

For those of you who don’t know David Marquet, he is a remarkable, remarkable theorist on leadership.

He was a former naval submarine captain, a career naval officer. He went to Indianapolis where he graduated top five of his class. He went through his career as a submariner and then was given the greatest honour any naval officer could be given and commanded his own ship. And, they gave him command of the USS Olympia that was one of the best submarines in the fleet.

He studied the ship for a year because he believed his credibility as a leader was closely tied to his intelligence and his knowledge of all the systems. The smarter he was, the more aware he was, the more he knew, the more credible he was as a leader. That was his belief. That’s what a lot of us believe. And so he never wanted to know less than anybody else, so for one year he studied every pipe, every switch, every function of the submarine, he knew it inside and out, studied the dossiers of his crew, knew everything about them, knew their strengths, their weaknesses, all their commendations, everything.

Then, two weeks before he took command of the Olympia he got a phonecall that says, “Yeah, you’re not going to be on the Olympia, we’re putting you on the Santa Fe”. Oh and by the way, the Sante Fe was the lowest rated crew in the entire US submarine fleet. They ranked last, or close to last in nearly every readiness regiment that the navy had. But, Marquets a smart guy, he likes a challenge, and he has a big ego. The Sante Fe was a slightly newer Los Angeles class submarine, but he figured “I can do it” right? And, he figured,  ‘the bad crew is okay, I’m a good leader, if I give good orders I will have a good ship, if I give great orders I will have a great ship’, that was the belief, right?

So, he shows up and on the first day starts barking orders everything goes fine. Second day, he starts barking orders, they are following his orders, “Yes sir”, everything is going fine. And about the third day, he decides to run a drill. They turn off the nuclear reactor, and pretend that there’s been a meltdown, and he runs the submarine on batteries. (EPM it’s called).

He decides that he wants to make the situation a little tenser for his crew to see how they react. And so he gives a very simple order; “Ahead, two thirds”. And his second in command who’s standing right next to him, who incidentally, has more experience on this submarine than anybody else - he’s been on-board for two and a half years. He repeats the order “Ahead two thirds” and nothing happens.

Marquet peers out from the side of his periscope and he sees Seaman Jones, the junior enlisted guy that’s driving the boat, literally squirming in his seat. And Marquet says “Seaman Jones “Whats the problem?” and Seaman Jones says “Sir, there is no two thirds setting”. Apparently on the slightly newer Los Angeles class they just didn’t put the two thirds setting on the EPM.  He turns to his number two and he says “Did you know this?” and the guy goes “hmm-hmm” (agrees). He says, “Then why did you give the order?” he says “because you told me to”. And, it was at that point that Marquet realises that he’s in command of a ship that he doesn’t understand and he has a crew that’s trained for compliance, something bad was going to happen.

It’s not like he can just turn around and come back to shore and say “I need a different boat and a different crew”, he had no choice. This was his crew.

We think that we have an advantage in the private sector because we can hire and fire, you’re assuming you’re hiring and firing the right people!

Right, so Marquet is forced to literally re-understand everything he’s been taught about leadership and realises he has no option but to completely empower his crew. And, he comes to the realisation that the people at the top of an organisation have all of the authority but the people at the bottom have all the information, and our usual reaction is to push all the information up. But, the reality is you have to push all the authority down.

And he did a few things that completely changed how the submarine operated.

The average reenlistment rate in the navy is about 20, it used to be 3 amongst the Santa Fe, after Marquet it went to 33. The average number of officers who went on to their own commands in the navy is about 2 per boat, in Marquet’s boat, 9 out of the 14 went on to their own command. It wasn’t just a great turnaround story! He had built a leadership factory.

Read his book. It’s called ‘Turn the Ship Around’, his name is Marquet. His work is quite remarkable and it’s a step by step. He tells you step by step what he did, and how to transform command and control structures into what he calls Leader- Leader structures which is what you are referring to.

Review: Turn this Ship Around - A book for frustated Leaders 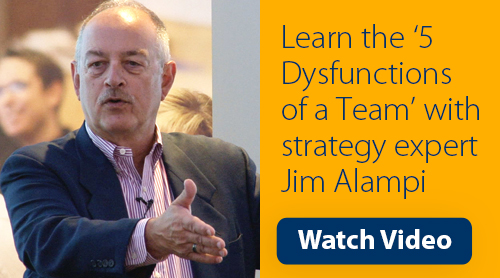