A short while ago I was asked by the BBC to go on their World News Programme with Jon Sopel. Sigmar Gabriel, Vice Chancellor of Germany had announced that he was going to take half a day off a week to look after his 2 year old daughter. His reasons were that he wanted to “do normal things to experience what normal life was” and that his wife worked too so he was doing this to support her.

What was so profound about this statement to me was that he felt the need to announce it at all. ‘Why I wondered didn’t he just take the time out and do what he felt was best?’

The reason Jon Sopel surmised that he made this public, was because of the seniority of his position, acknowledging that people of his status are a target for criticism, so without explaining what he was doing and why, he would be judged or pilloried.

Sadly, as we sat there that day a journalist from ‘De Bild’, came on to the video screen and made her feelings plain. “People in senior positions” she said, “have a position of responsibility to their country and should not have a family”.

Although we were stunned to hear that, it got me thinking and questioning a few things.

My first thought was about what I know of MDs and senior executives; they are often extremely dedicated, committed and disciplined. They work very long hours, often travel a lot (including at the weekend), and think nothing of putting in early mornings to late nights if the job needs it.

So if Sigmar was doing all this, why did he need to half state, half apologise for his choices? As I saw it he had both a right to take a few hours back for his own purposes (whatever those were), and to see his family.

The parent coach who also came on the programme applauded him, grateful that someone of significance had opted to say this so publically and asking other fathers to try and approach their Bosses in order to do the same.

Again Jon remarked that this was likely to be difficult given that businesses are critical of people taking time to do something unless it is a priority, compassionate leave or they themselves are ill.

I made the point that Sigmar was being criticised for ‘not being on the job’ when in reality he was very much ‘on the job’, would not be going anywhere out of the country, and was hardly non-contactable, so what was the problem?

In my experience Executives don’t compartmentalise their lives so that they are either at home or at work – in fact that is often the problem I have in helping them with their stress because they won’t or can’t let go of the one before going to the other.

Surely Sigmar was no less responsible for his role just because he was with his daughter for a few hours, and what did it say about the rest of his team if he couldn’t be there and they couldn’t cope without him anyway?

Perhaps the issue when it came down to it is that like it or not many of us are judgemental as humans about choices others make that we perceive to be of lesser importance or value, and that being in our premises doing what we value or want them to do appeases this.

At the end of the day, this might be what the journalist was reflecting back to us all when she said what she did – that being with his family simply wasn’t as important to her as ministration in his office and without him there she feared for the security of the country.

This might have been a harsh thing to say but seemed to be more a statement about her uncertainty in him or the position Germany is currently in, than a value statement about all senior people.

Now that Angela Merkel has broken her pelvis skiing it remains to be seen whether Sigmar will even get to do this, but it certainly drew attention to an important subject. It’s also one that I hope leaders will reflect on if anyone comes to talk to them asking for the same kind of leave.

Fathers are being considered at Government level but parental leave and flexible working legislation still seems to be going slowly through the approval process leaving many frustrated if the most recent information from the Cipd is anything to go by.

In conclusion then, families ground us; they are vital to our well-being and support us through turmoil and joy alike.

We celebrate with them, and feel pride in their achievement, all of which make us human and helps us grow.

Admittedly, a 2 year old can be tiring, may not remember a lot about all of this, and will need him for a long time to come but at the end of the day, if something makes us happier then surely that’s to the benefit of our businesses? 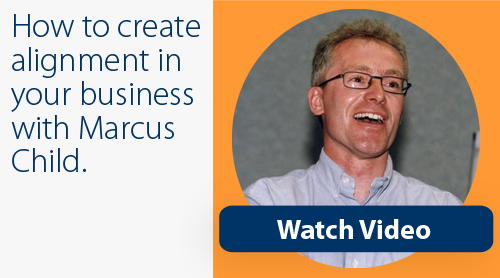