Mobile devices in the workplace an inevitability, claims firm 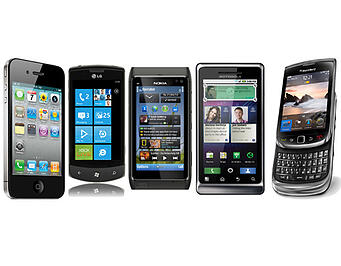 A new CEO would do well to allow the use of personal mobile devices, such as smartphones and tablets, in the workplace.

That's according to network security firm Blue Coat Systems, who believe that employees bringing in their endpoint devices as a tool for work is fast becoming an inevitability, cites managers.org.uk.

Nigel Hawthorn, vice president of marketing EMEA at the firm, claims that these devices are being used for both personal and work matters, which is why most CEOs allow their staff to bring the devices into the office.

"The idea of trying to stipulate exactly what devices people use is impossible now," he added.

In addition, the price point of such gadgets means that an increasing number of consumers are racing to buy the product and bring them into work.

Work and personal use of gadgets "means that in all but the most top-down organisations people already bring in their own phones and iPads" he added, cited by Women in Technology.

Of course, CEOs need to consider the possibility that additional gadgets in the workplace can be a threat to business security.

According to a poll by Damovo UK, 68 per cent of CEOs are worried about the increased use of mobile devices' effect on business security and believe the consumerisation of IT has been 'over-hyped'.