Not me: are UK SMEs burying their heads in the sand on Brexit? 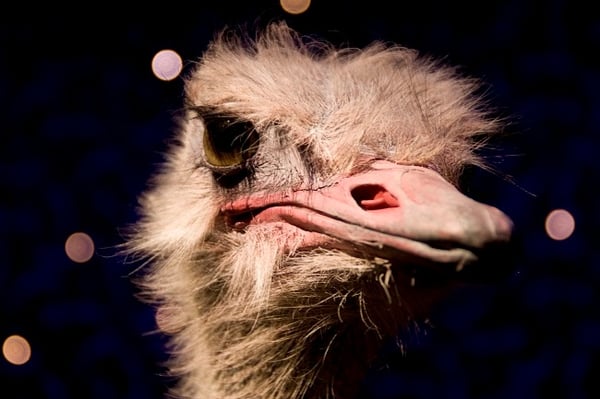 Since the UK’s decision to leave the EU in June 2016, barely a day has gone by without debate and conflicting speculation on the economic ramifications. Reflecting the contradictory spirit of Brexit, the Confidence Index Survey conducted last month by Vistage paints an interesting picture of the UK's SME landscape.

While a third of respondents believe that overall economic conditions have declined (and slightly more expect further decline), half of all respondents expect to maintain their investment spending, 75% predict an increase in revenues and profitability, 60% expect to increase their number of employees, and only 12% believe that Brexit has had an impact on growth.

So what do these figures mean? If CEOs believe that markets are worsening (but not for them), is this a classic case of denial? Are UK business leaders burying their heads in the sand?

The Brexit effect: the impact on UK businesses so far

Although we haven’t actually left the EU yet, short-term developments and forecasts have already had a sizeable impact on markets and left many businesses feeling anxious about the road ahead. While some effects have been due to immediate, tangible changes such as the falling pound or the inflated cost of imports, the overriding influencer across all sectors has been the uncertainty factor.

Will London still be the world’s financial capital? Will capital investment diminish? What if there’s a no-deal Brexit?

Dr Ross Brown, who conducted a study on the potential impact of Brexit on SMEs, believes that the uncertainty around Brexit is causing ‘institutional instability’. He said: ‘There appears to be a deep-seated uncertainty permeating UK small businesses about the ramifications of Brexit… Brexit is unlike most other types of institutional instability because it has the potential to fundamentally rewrite the rulebook for how firms do business in the UK.’

This uncertainty and negative perception has far-reaching implications. According to EY’s Brexit Tracker, 68 of the largest financial services firms in the UK are either considering or confirmed to be relocating as a result of the referendum. Their data estimates that 10,500 UK financial services jobs could be lost by day one of Brexit.

In the FMCG sector, the rising cost of imports and the weakened pound has put mounting pressure on food and drink companies to recoup money. Companies like McVities have reduced portion sizes while keeping prices the same, and confectionery giant Cadbury’s has increased prices on a number of products. The rocketing costs of importing produce has also dealt a blow to the restaurant sector, with accountancy firm Moore Stephens reporting that UK restaurant insolvencies rose by 20% between 2016 and 2017.

But, it hasn’t all been doom and gloom. One of the industries that have, so far, benefited from Brexit is the manufacturing industry. The weakened pound has seen an increase in export demands, and with the rising cost of import, the prediction is that more people will choose domestically-produced goods. This increase in supply and demand has contributed to the EEF's update on their forecast for 2018, which is from 0.1% to 0.5%.

However, due to the global nature of these industries, the future for the manufacturing and construction could look less peachy if Brexit ends up in restricting free movement. A study from RICS predicts that nearly 200,000 jobs could be lost if the UK loses access to the single market.

Despite all the ambiguity and potential for economic decline, only 12% of companies in the Vistage survey said that they thought Brexit would impact their growth. At the same time, a third of them think that the state of the economy has worsened, and the two-thirds believe that things will get even worse. If they think that things are likely to get rocky, but they’re not worried about their businesses, are they being over-confident?

Possibly; but, what’s the harm? As nobody knows how Brexit will play out and what the finer details will be, then why not be positive and confident? The alternative: fearing the worst, being overly cautious, or just having a negative outlook is much more likely to have a detrimental effect. You don’t have to look too far back in history to see the impact of fear on the economy. When people are cautious or scared, they stop buying, they stop investing, and growth grinds to a halt.

However, there is a fine line between being confident and being willfully blind. Willful blindness describes our psychological tendency to ignore difficult or painful truths and instead focus on details that serve to validate us or bolster our confidence. Being willfully blind can sometimes have negative outcomes in business, especially when it comes to acknowledging problems or confronting hard facts and figures. So, do these statistics point to willful blindness?

Probably not. It is entirely possible to predict a decline in the economy and at the same time believe that your own business won’t be adversely affected. Business owners know the specifics of their own companies and, crucially, the industries within which they operate. For example, if you’re a small exporting firm experiencing good growth, there might be no reason to feel pessimistic about the future.

Smaller businesses are often more agile and flexible than large corporations. They have smaller numbers of employees, less bureaucracy, and are more likely to have a culture of rolling with the punches. This can prove invaluable in times of adversity. It may also explain the optimism of the Vistage survey participants: for many SMEs, reacting quickly to market fluctuations is just business as usual.

Something that all businesses have been impacted by since the referendum is the fluctuating value of the pound. Last year, the currency dropped below $1.30—the lowest since 1985. As almost all SMEs will be part of a supply chain, it’s easy to see how this can have negative consequences on profit margins. For companies buying goods or services outside the UK, the knock-on effects will be even greater. Being agile and adaptable is key to surviving these inflated costs.

Businesses generally have two ways of dealing with it: absorb costs and wait for the value to increase or put up prices. In the short term, absorption may be okay, but it’s certainly not sustainable as a long-term strategy. So, what can SMEs do to combat the issue?

One thing everyone can and should do is keep a close eye on margins, productivity, and profitability so you know exactly how much it’s costing you. Another option is to seek expert financial advice on how to recoup money in other ways - such as efficiency savings.

While our natural response to change or uncertainty might be to batten down the hatches and wait for it all to blow over, it’s vital that SMEs remain focused on growth. The alternative is stagnation, the increased chance of business failure, and a slowing down of the overall economy. In order to grow in uncertain times, businesses need to be more agile, adaptable, and courageous than ever before.

This could mean that you need to adopt a different mindset or diversify your output. You might need to tweak your current strategy - or even overhaul it completely. This could also be the time to look at leadership and implement agile practices in order to engage and retain staff. Or it might be the time to be bold with investment; if other businesses are holding back, could it be an opportunity to gain a competitive edge?

By preparing for the unexpected and being responsive, you not only stand a better chance of surviving these uncertain times but of actually turning the climate of change into a competitive advantage. Far from burying their heads in the sand, the Vistage survey results more likely reflect the fact that UK SMEs are embracing the future and preparing for the unknown with a spirit of optimism.