Productivity starts at the top: The business leader’s role in a productive business 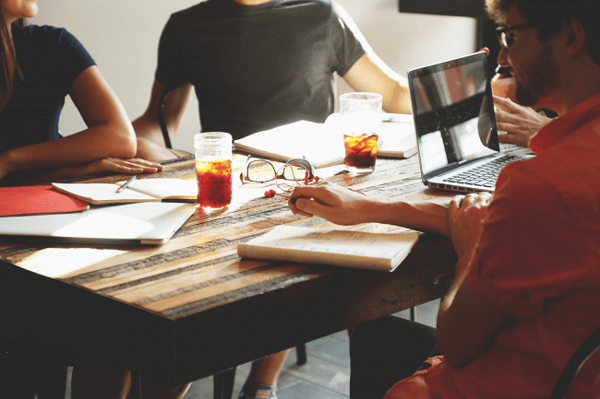 Throughout his time as Chancellor, Philip Hammond has prioritised the UK's long running productivity puzzle. The UK's productivity – or output per hour worked – has slumped since the 2008 financial crisis.

This matters because productivity and economic growth go hand-in-hand. Increased productivity means businesses get more output from the same level of input. This leads to higher revenues, more jobs, increased consumer demand, a bigger tax base and a higher Gross Domestic Product (GDP). The benefits cascade throughout the entire economy.

The UK is far from alone in its productivity struggle. Other major economies have experienced a decline, too - but the UK’s has been sharper than anyone else, with British workers producing less in each hour they work than those in the US, Germany or France.

“The productivity gap is well known, but shocking nonetheless,” Hammond said in 2016. “It takes a German worker four days to produce what we make in five, which means, in turn, that too many British workers work longer hours for lower pay than their counterparts.”

Now with Brexit, increasing productivity is even more vital. Most forecasts of how Brexit will affect the economy are pessimistic. If the economy buckles under Brexit, many SMEs – or, as the government’s Industrial Strategy puts it, the “unusually long tail of underperforming businesses” – face an existential threat.

The influence of the leader on productivity

Productivity improvements begin at the top: research shows a link between management practices and productivity.

Researchers from the London School of Economics studied 14,000 businesses in more than 30 countries for more than ten years. The exhaustive study assessed and scored a wide range of management practices. Unsurprisingly, higher-scoring companies have “higher productivity, market value, growth, and resilience”.

Here are some key points to consider.

“What do you do when you have two outstanding employees who logically both fit in the exact same place on the organizational chart?” asks Ben Horowitz, co-founder of the influential VC firm Andreessen-Horowitz. The temptation is to put two people into one box. If their skills complement one another, then this offers an easy solution in the short-term: you keep both employees and you close a skills gap.

“Unfortunately, you will pay for those benefits with interest and at a very high interest rate,” says Horowitz. Everything becomes muddled: it’s not clear who is accountable when a project goes off the rails, and confused employees are unsure who to report to. If the economy buckles post-Brexit and margins tighten, the clutter of an ill-defined structure will be poisonous to productivity.

Supervisory layers have a tendency to obstruct employees’ work, detracting from productivity. A study by Bain & Co. found too many managers to be a key cause of inefficiency. Senior executives require support from a slew of assistants, and the support staff generate work for other people, too. Bain’s research found one manger cost roughly 4.2 full-time equivalents per hire.

Imagine the impact of a confused executive structure, with two people performing the CEO role, generating costs and labour through the entire infrastructure. Now ask yourself: can you afford to have two managers in the box?

Getting the right info, fast

Leaders can’t know everything. There are too many plates spinning at one time and the information needed to make decisions is dispersed throughout the business. That’s why your most important operational responsibility is designing “the communication architecture” for your company.

A CEO or leader who’s isolated, overloaded and uncertain doesn’t know enough to act correctly. In other words, there’s “a gap between the volume of information and the tools we have to assimilate that information into useful knowledge”.

One-to-ones are a superb place to begin addressing this. When Alex Turnbull, CEO of  software startup Groove, found himself isolated from the company he founded, he started a regimen of one-to-one meetings between him and every member of staff.  These meetings have been a vital part of improving his resource planning and decision making.

Reflecting on the results, Turnbull writes: “The one-on-one’s have helped me uncover many of those strengths and interests that I wasn’t acutely aware of before, and from a strategic perspective, this has helped us map better plans for what every member of the team should be working on.”

In his widely read management textbook High-Output Management, legendary Intel CEO Andy Grove cites training as one of the highest yield activities a manager can perform. A manager’s actions multiply down through the people they manage.

Ten staff members will work a total of about twenty thousand hours, according to Grove’s calculations. “If your training efforts result in a one percent improvement in your subordinates’ performance, your company will gain the equivalent of two hundred hours of work as the result of the expenditure of your twelve hours.”

When you’re at the top of your game, and deputised by well-trained, motivated staff, collaboration becomes simpler. Business leaders need collaboration to fight decision fatigue. The more choices you make through the day, the harder each one becomes for your brain, no matter how rational or logical you think you are.

Eventually, your brain looks for shortcuts, either through impulsive thinking or, worse, doing nothing. Training throughout your organisation spreads the decision making around, relieving cognitive load on you and ensuring your decisions are on point.

As a leader, the good – and the bad – starts with you. Your job is to make the correct choices and create the right environment. Now, ask yourself: Am I creating the right structure for productivity – and if I’m not, am I making use of my talent?