Respect and appreciation spur on staff 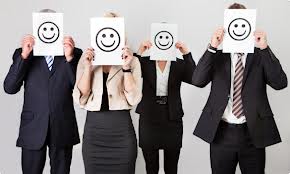 Firms trying to get the best out of their workforce have been advised that a combination of respect and appreciation is crucial.

While a CEO may initially focus on how much of a financial reward employees are getting, Regus regional director Celia Donne pointed out on hrmagazine.co.uk that the way that everyone in a team treats each other has the potential to be just as important.

She said: "Clever leaders will be using the time left this year to nurture their key staff with courtesy, respect and acknowledgement to ensure that they have the best team for commercial performance going into 2012."

Donne suggested that a culture of respect will make sure that arrogance or complacency does not threaten motivation, while complementing a team member for a successful piece of work can be a great way of fostering a successful relationship. She also encouraged the sharing of knowledge between staff.

The HR expert cited a Regus study showing that 68 per cent of employees see respect as the most important aspect of a happy and productive working atmosphere; however, sometimes CEOs will need to get the most out of their team during less harmonious times.

Bloomberg Businessweek pointed out that one such occasion is when a firm faces a series of redundancies, but suggested the right management strategies can make a success of situations when a team of staff is cut.

It claimed the key is to "enable" employees, which means sharing priorities with them, clarifying their area of authority and highlighting training as an ongoing process.