The most successful small and medium-sized businesses (SMEs) are run by ambitious, team-oriented younger entrepreneurs, according to a new report. What's more, these successful SMEs are the biggest creators of UK employment. 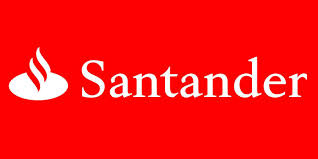 Commissioned by Santander, The Breakthrough Growth Champions Report analysed 165,000 SMEs, each with a turnover of between £0.5 million and £10 million. It identified 4.5 per cent of these companies as 'Growth Champions', discovering that, as managementtoday.co.uk writes, they were among the 'biggest movers and shakers in the UK economy'.

Growth Champions were found within a range of sectors, predominantly social work, complementary medicine, architecture and engineering. They were found to have created 173,000 jobs from 2007 and 2010, which accounts for two-thirds of all British employment.

For those perhaps thinking 'I'm struggling to run my family business, what's their secret?' it is apparently age and determination. The common denominators between these successful SMEs included having a youthful leader at the helm and high levels of ambition, according to realbusiness.co.uk. They also promote strong team working values.

Company directors were found to have had a history of entrepreneurial success, thus sharing their knowledge. Additionally, a 'proactive' approach to the management of finances was a crucial factor to success.

Santander's John Williams, who heads up the Breakthrough programme, said that the findings demonstrated how important it is for high-growth businesses to be recognised and supported early on: "This research shows a small group of businesses make an extraordinary contribution to the UK economy," he said.