The productivity problem and the role of middle management 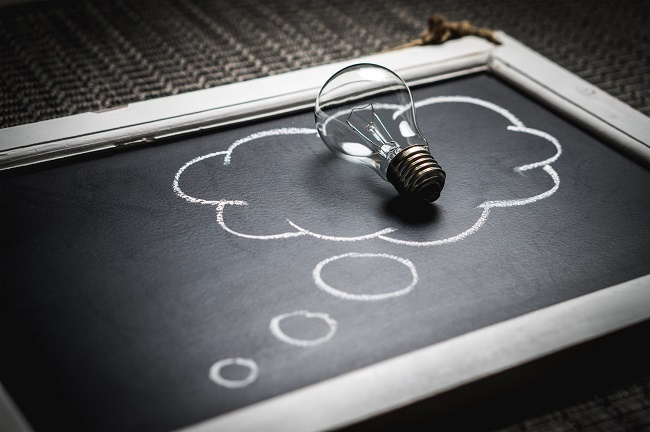 With Brexit around the corner and economically uncertain times ahead, business productivity (measured as output over time) has never been more crucial. Yet, in the UK, many companies are struggling to achieve anywhere close to their optimal output.

While figures show that labour productivity grew by 0.7% in 2017, the stark reality is that the UK is trailing significantly behind other G7 countries, including Germany and France. With a 27% higher productivity rate, Germany produces more in four working days than we do in five. But before we all think about throwing in the towel - or hot-footing it to Berlin - there are solutions to be found. And they’re not all about process.

One person who knows what it takes to truly implement change and increase productivity is business transformation consultant, Peter Jenner. The Vistage speaker and author of ‘Cutting Costs by Reducing Waste and Boosting Productivity’ believes middle management have a key - and often complex - role to play in improving productivity. We picked Peter’s brains to get his top 3 tips on how middle managers can help solve the productivity problem...

1. Power to the people: ‘Engage, support and value frontline workers’

“Improved productivity is about change, and what percentage of change efforts fail? Around 70.” So begins Peter when questioned around why the UK has had such a longstanding issue with productivity.

For true cultural change to take place, issuing orders and expecting people to deliver is simply not going to work. You need to involve everyone in the whole process. In most organisations, decisions are made at the top and then passed down - but this type of management can actually create barriers to productivity, instead of increasing it.

Peter believes it’s the role of middle management to engage all members of staff so they’re involved in the entire process of change. “I have seen the most remarkable ideas for improved productivity come, not from the people who wear ties, but from the people who get their hands dirty on the front line… think the biggest waste in companies is the waste of people’s potential and ideas.”

Great ideas don’t just come from the top. As Peter says, ‘everyone in the business has a brain attached.’ The truth is, the people on the front line are likely to be exactly the people you need to solve issues with productivity - and it is the role of middle management to give them the opportunity to share those thoughts and ideas. They’re the ones on the shop floor or in the warehouse; they deal with the end product and are therefore perfectly positioned to identify where wastage is occuring.

Engaging and listening to the people at the coalface also plays a powerful part in driving change forwards. It instills a sense of responsibility and empowerment in the workforce, which is essential to the process of improving productivity.

When people feel valued, they take pride in what they’re doing and they want to deliver. If you want people to behave like participants rather than passengers, you need to treat them as such. As Peter points out, ‘If you involve people in a process they will own it and implement it.’

The middle is a tough place to be. Sandwiched between the C-suite and the front line, it’s the job of middle managers to effect strategic changes and make sure they work. But, as Peter illustrates, this is often easier said than done.

‘I’ve never found resistance to change at the top of the pyramid or the bottom, I’ve found resistance to change in the middle… People on the board or in senior management say “we’ll do this” and they tell middle management to implement it. The problem with that is the middle managers have to design the process for that change and normally they don’t have the necessary training or often time to do that.’

Peter believes the answer to this problem lies in training, support and engagement. ‘Senior management shouldn’t just tell middle managers what to do, they need to engage and consult with them.’

Again, like the front line, middle management need to feel they are invested in the changes. It’s this holistic, unified approach to change that creates a positive peer pressure and culture of accountability, both of which, Peter says, are essential to the end goal of boosting productivity.

‘I’m a great believer in peer pressure. Middle management need to be held accountable and supported in the process - and they need training. If one person gets away with not delivering what they’re supposed to, the rest will say “well, why should I?”’

As a business leader, you need to be clear and unambiguous about what your expectations are. Peter suggests looking at it from their perspective: ‘If I’m a middle manager, I need to know what you expect from me, and I need a fair measurement system which correlates with productivity and profitability.’

3. How long is a piece of string? ‘What you measure is what you get’

Far from simply being a tool, Peter believes how you measure things is a key factor in driving cultural and behavioural changes. So how do you ensure you’re measuring the right things?

Used correctly, measurement systems can be an effective way to further focus the entire business on the end goal of increasing productivity. As Peter highlights, how you measure something could be the difference between people being committed to driving change and improving productivity - or not.

‘Let’s say you reward a salesperson on the value of an order. There could be a large number of orders but maybe you can’t deliver them on time or don’t make a lot of money out of them. On the other hand, if you reward a salesperson on the profitability of the order, that person will become interested in how we can maximise profitability and how we make sure we deliver on time.’

Taking the time to re-evaluate your measurement systems is a vital part of implementing change. Consult and involve middle managers in the process of deciding how and what to measure; if they’ve come up with the ideas, they’ll feel accountable and empowered to deliver.

As a business leader, it’s your job to ensure middle managers are engaged, supported and held accountable so that they, in turn, can offer the same to the front line. By engaging and communicating with the front line, you can change the culture and behaviours of your company - and that is when businesses see an upturn in productivity.