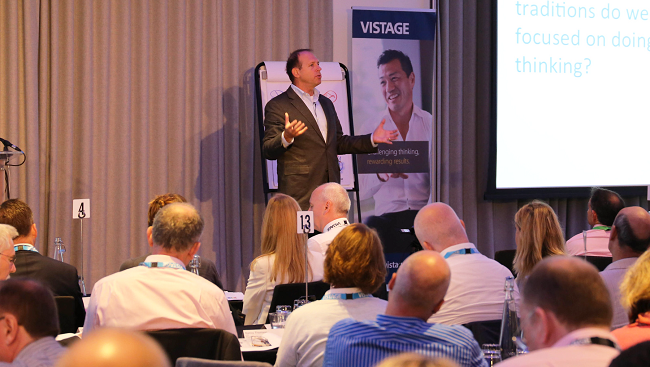 David Marquet is a celebrated author, management consultant and speaker.

But from 1991 to 2001, he was the captain of the USS Santa Fe, a US Navy nuclear-powered, fast-attack submarine. In those two years, he transformed the Santa Fe from the worst performing submarine to the top-scoring submarine operation on record at the time.

He did this by reimagining the submarine’s management style, replacing the hierarchical chain of command with a more empowered leadership style he now calls ‘Intent-Based Leadership”.

David recently shared his thoughts on leadership with our members in Manchester. Click here to watch David’s talk and you can read on to learn more about Intent-Based Leadership.

Not long after graduating top of his class from the US Naval Academy, David was selected to captain the USS Olympia. It was the perfect posting and he studied relentlessly, learning everything he needed to know about the submarine.

But shortly before he was due to assume control, he was reassigned. He would now be captaining the USS Santa Fe as the previous captain unexpectedly quit. Not only was the USS Santa Fe a different kind of submarine from the one he had carefully studied, its crew was the worst-performing submarine crew in the US Navy at the time.

A month or so after he joined, the crew ran a drill to simulate a fault with the reactor. While the drill was ongoing, the engines would be shifted from the main engines to much smaller electric engines, limiting the speed of the submarine to a crawl.

Unaware of just how limited the speed was, Marquet gave the order to increase speed to two-thirds. His officer repeated the order to the helmsman to be carried out.

The command was met with silence. And no increase in speed.

Marquet waited a while. He noticed that the helmsman whose job it was to carry out the order looked tense. When asked what the issue was, the helmsman told Marquet that the submarine couldn’t increase speed by two-thirds while the main engines were off.

Marquet asked his officer if he knew this was the case when he passed on Marquet’s order to increase speed. He replied that he did.

He realised then that the top-down chain of command meant that the crew would attempt to do anything he said, even if they knew it was wrong. Or, in this case, impossible.

The issue of top-down management is characteristic of the military, but it certainly isn’t limited to it. In fact, not long ago, almost all businesses were run this way.

This style of management stretches right the way back to the Industrial Revolution. At that time, efficiency, productivity and profit were achieved by reducing variation as much as possible. Mass manufacturing and assembly lines still operate according to the principle of reduced variation to this day. 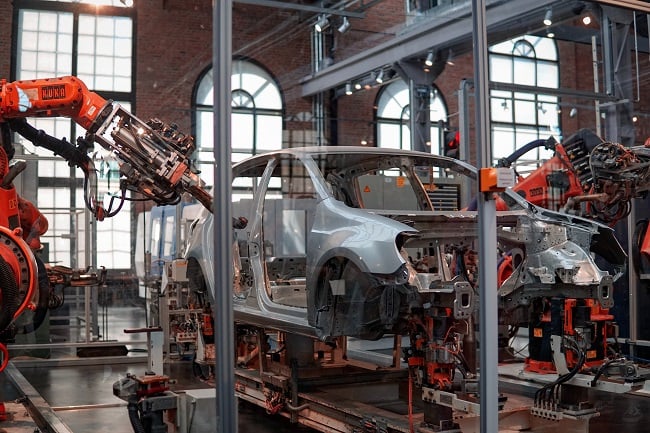 But this efficiency comes at the expense of creativity, innovation and chance.

In the modern economy, these things are highly-prized, but are hard to achieve unless people are empowered to think for themselves and make suggestions. And crucially, as the example mentioned earlier demonstrates, unless they’re happy to speak up when they’ve been asked to do something which doesn’t make sense.

David describes this shift as moving from an Industrial Revolution mentality to a ‘Thinking Revolution’ one.

“Our organisations are designed to reduce variation,” David says in his Vistage keynote. “But what we want is to embrace variation.”

His suggestion to overcome this is simple but effective. It’s worth watching the video in full for more information on how you can apply it to your business.

In David’s words, leaders shouldn’t take control, they should give control. They should tell their people what their intention is and ask them how they intend to make that goal happen.

“The core of this idea centres around the idea of intent. Leaders don’t give instructions to the team, they provide intent. And the team doesn’t ask for their permission, they state their intention back to the leader. And if the leader’s cell phone is off, or they’re on an aeroplane, then the team takes that action.”

This has the effect of making them accountable for their actions, but also puts them in a position of power. The language that we use when communicating with others can have a powerful effect on how we see ourselves in relation to them. And this simple trick can have an empowering effect, which helps employees feel more empowered when speaking to managers.

David’s a great presenter – the full video is definitely worth a watch.

Vistage events are packed with brilliant speakers like David. If you’re interested in joining us at one, you can find all our upcoming listings on our website.