What is the Vistage issue processing framework and why does it work? 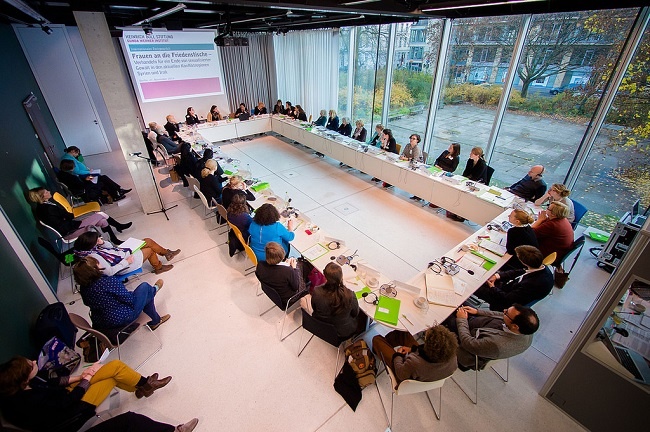 Vistage helps business leaders resolve issues in their businesses. We’re a community of experienced Chairs and members who support each other in solving problems, making decisions and accelerating business growth - and it works.

Problems that occupy leaders’ minds for weeks can be solved in an hour with help from a Vistage Chair. The basic principle is that a problem shared is a problem halved, or quartered, or more: basically, made more manageable by input from others.

Business issues are often more complicated than we realise. Most have underlying causes which leaders don’t always diagnose without taking a step back and getting a broader perspective. If you hear “we’re struggling with sales”, the instinct is to change strategies and budget - but the actual problem might be that the business leader is more interested in product development, and the actual solution might be hiring a dedicated sales director.

Vistage developed the issue processing framework to do just that - re-appraise an issue, tease out the root causes, and help leaders tackle them with simple, direct actions. Here’s best practice Chair David Belden describing the process - and some deeper insight on how it works.

What is the Vistage issue processing framework?

When someone brings an issue to the table, we ask them to present it like this, starting with an initial problem - often stated as a “how do I?” question.

We then allow the rest of the room to ask clarifying questions to the person who brought up the issue. They’re only allowed to ask questions: no observations, no suggestions. At this stage, they are still coming to grips with what the issue is - and it won’t always be what the presenter thinks it is. Sometimes, these questions confirm that the issue bringer’s “how do I?” statement didn’t reflect the actual issue.

One of our Chairs recently said that they went through the Framework with a business leader who was struggling with sales. After working through the issue, it was agreed that, actually, they weren't the right fit to lead the business. That business owner took on an MD and moved themselves out. The business flew after that.

Now, everyone in the group is allowed to provide suggestions on the issue. The best suggestions encompass personal stories of a similar situation and how things played out.

Finally, the issue bringer commits to a next action by a specified date.

Why does the Vistage issue processing framework work?

The first stage structures the issue, helping the issue bringer to understand the issue as a problem to be solved, a decision to be made, or a plan to be developed.

Sometimes their understanding of the issue is shapeless and uncontrolled, formed by their personal responses. By describing the issue in terms of what they’re trying to do, why it matters, what they’ve already tried and what they specifically want help with, issue bringers can clarify their own thinking, and ensure that they won’t be advised to try things they’ve already attempted.

The second stage clarifies the issue for everyone. The rest of the room are able to probe the situation and extend their own understanding. The issue bringer is able to reflect on and interrogate the issue with these questions as inspiration. This encourages them to review their experiences and see if there’s an aspect of the situation they’ve missed.

At the suggestions stage, the issue bringer is further encouraged to reparse and rephrase the issue. It’s possible that they’ve now understood the situation and their relationship with it in a different way, and need a different approach to handle it. At this stage, everyone involved is still helping the issue bringer understand their problem, drawing their own conclusions about what actions to take.

Suggestions play a more limited role than in other problem solving frameworks, because the emphasis isn’t on an articulated answer or a debate - it’s on encouraging the issue bringer to identify the correct course of action on their own. That’s why the suggestions stage has to be rooted in practical terms of “this happened to me, and I did that”, mirroring the “how do I?” construction of the problem.

The final stage should be easy. By the time the issue bringer has moved through the previous stages they should have a more clear idea of what they need to do and when: all they need to do is commit to it. That’s often harder than it sounds - business leaders often take their eyes off the ball, parking a solution because the day to day operations or the exciting new projects get in the way. A time-limited action the leader has to take makes sure the solution is seen through. Accountability makes the issue real, and encourages real change.

Issue processing, like all Vistage insights and processes, comes directly from the experience of our Chair community. If your business is struggling - in any area - find a Vistage Chair who can help.