Whitney Houston, Sony And The Importance Of 'Reputation' 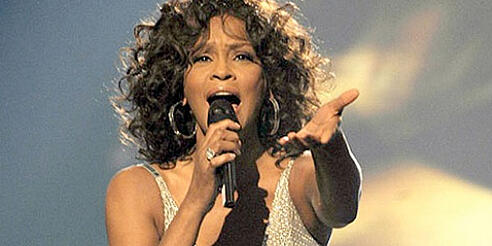 Just hours after the death of Whitney Houston two of her albums, ‘The Ultimate Collection’ and “The Greatest Hits’ were increased in price on the UK version of iTunes; one from  £4.99 to £7.99 and the other from £7.99 to £9.99.

There was an immediate backlash on Social Media sites and the record label, Sony, reversed the price rise within a few hours. They claimed that the albums were ‘mistakenly mispriced’ and that it was an ‘internal mistake due to an employee error’.

For many of us, it may seem a huge coincidence that it was two Whitney Houston albums that experienced the mistaken hike in price, merely a few hours after her passing was announced. Nevertheless, there is a key reminder for us all in what happened.

In many ways, one could argue Sony did nothing wrong. After all, the music industry is finding the business environment difficult in a world of digital downloads. Why should they not try and capitalise when they have a situation where they find themselves with a premium product?

Moreover, experience tells us that the death of Whitney Houston would lead to an increasing demand for her albums, at a time when people are likely to be less price sensitive. Therefore, Sony would be able to charge more for the product. This is not unlike a new release being charged at one price, with the cost coming down as the album becomes older and demand decreases.

In fact, from a pure economics stand point not only did record label Sony not make the wrong decision in putting up the price, it was exactly the right one. Business is there to make a profit and one could argue Sony were doing their best to drive profits. After all, no one was being forced to buy the albums, even in an environment where interest in the product had inevitably increased.

However, while the price rise may seem the right decision based on pure economics, it was clearly the wrong decision when another factor is considered, and that is, ‘reputation’.

‘Reputation’ has always been important. However, before ‘the web’ most consumers had no outlet to make their voice heard. We could all complain to friends, write to magazines and newspapers or call radio phone-ins, but in the main, few of us could utilise these channels with any degree of regularity and consistently be heard.

What ‘social platforms’ such as Facebook, Twitter and YouTube etc., now give us all, is an outlet to make our opinions known and in many cases count. We used to live in a world where the most important aspect of marketing was ‘image’, that is, what you said about yourself. Today, it doesn’t matter how big or small your marketing budget is, there is a good chance that there are more messages written by others about you, than you could ever generate yourself. Today, therefore, what matters is ‘what others say’ and that is ‘reputation’.

The ‘suits’ running businesses are often unwilling to place a value on reputation as it is a rather ‘ethereal’ concept and, therefore, hard to evaluate. For those who find themselves in this argument within their companies, just mention Sony Records.

For in the cold world of hard economics, Sony’s price rise was exactly the ‘right’ move to make. However, to a public in shock at the death of a 48 year old women, the price seemed a cynical exploitation of a tragedy.

The upshot for Sony was that people used the outlet they have on social platforms to make their feelings known. What may have made Sony more money short term, was damaging their ‘reputation’ long term. What others say, whether you like it or not, in a Web enabled world, matters to your long term business success.

What this episode with Whitney Houston and Sony reminds us all is the salutary lesson that in business today ‘reputation’ matters.